A science laboratory is a place that provides controlled conditions for carrying out scientific experiments, research and measurements. 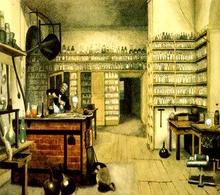 Michael Faraday, the XIX century physicist and chemist in his laboratory Source: Wikipedia

When you walk into a science laboratory you can see all the equipment necessary for carrying out analytical-type experiments. 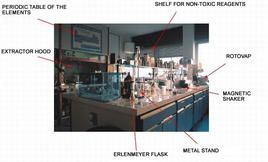 The glass that is used for making laboratory equipment is usually resistant to acids, alkalines and other chemical agents. If the objects need to be exposed to rapid changes in temperature then pyrex-type glass is used, a borosilicate glass with better thermal, shock and electric resistance. The most commonly-used objects in a chemistry laboratory are:

Test tubes are small round receptacles (8-18mm. in diameter, 80-100 mm. long), used for experiments and reactions on small amounts of substance. Graduated forms of these containers exist, and these are used when specific amounts are being tested.

Cylindrical containers of various sizes (100-3000 ml) with or without a lip for pouring, usually in pyrex glass. They are used for heating or collecting solutions, for dissolving substances or for observing reactions and doing experiments. They are usually graduated but, because they tend to be wide, the graduations can only be used to give an approximate indication of quantity. 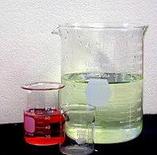 Conical flasks of varying sizes (10-1000 ml) with a cylindrical neck in normal or ground glass. Used for collecting filtrates and for heating solutions. They have the advantage that when a solution is boiled ( add some glass balls to prevent over-heating) it doesn’t evaporate too quickly thanks to the shape.

These are spherical in shape, normally with a round bottom though they can be occasionally found flat, with a capacity from 5-1000 ml. Their necks can be normal or ground glass. They are usually used for evaporating solvents. 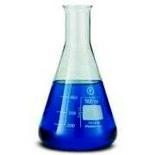 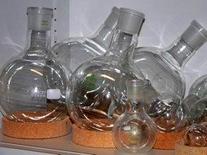 Used to separate two immiscible liquids or solutions. The two phases are poured into the separatory funnel through a filtration funnel in the upper neck which can be closed with a plastic stopper. Once the two phases have been decanted and separated, the lower one can be collected through the tap and the upper one simply poured out through the neck.

A condenser consists of a glass tube with an outer glass casing soldered to it, thus forming a space between the two for water to flow through. The water comes in through the hose connection. Vapour inside this apparatus is thus colled and condenses. 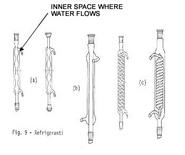 Used for storing dry materials while they cool down to limit the amount of moisture they absorb. The base contains a chemical drying agent like anhydrous calcium chloride or calcium sulphate. The ground glass surfaces are lightly greased.

Unit of measurement for volume

Volume is measured in litres (lt.), defined as 1 dm3 ; a millilitre is a thousandth of a lite or one cm3

A graduated cylinder is one of the reasonably precise instruments that chemists use in a laboratory. It consists of a tube on a stand, closed at one end and open at the other with a small lip for pouring. It is usually made of borosilicate glass or pyrex and is used for measuring volume of liquids or for measuring out liquids.

It is possible to extract specific or non-specific quantities of liquid using a pipette. Graduated pipettes have a scale which means that the exact quantity of liquid can be measured. Pipettes have an inbuilt tolerance, or systematic error, which makes them less reliable and this is the result of varying factors like the level of precision of the graduations, the size of pipette and the kind of material used.

A volumetric flask is a calibrated container, with a closely-fitting stopper or cap, whose volume is fixed and indicated by a line on the neck. These flasks are used for preparaing known solutions. They are calibrated to be used as recipients and indicate the volumetric tolerance (accuracy, sensitivity), the temperature at which the calbrations are valid (usually 20°), as well as the actual volume. To bring the solution in the flask up to capacity, the flask should be filled to the point where the lower meniscus of the solution is tangent to the measuring ring on the neck of the flask.

This is a measuring instrument consisting of a calibrated glass tube which is used in chemistry laboratories for the accurate measuring of liquids. It is filled from the top and the exact amount of solution can be carefully added using the tap at the bottom. It is usually used for titrations and for experiments where the quantity of liquid needs to be carefully measured.

Burettes are categorised according to how precise they are; class burettes are accurate up to 1/20 of a millilitre (±0.05).

The outer walls can be varnished or not, and the bottom flat or round, and they are used for boiling, concentrating and/or drying solutions. They serve to keep the mass const within the limits of experimental error.

These are used for pounding, pulverizing or mixing solids. 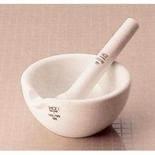 These consist of a vertical rod on a heavy base and are used for mounting equipment on. 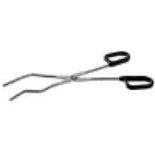 Spatulas made of metal, horn etc. are used for handling solids.

Peleus balls are used for taking samples of liquids. They are made up of a samll rubber balloon with three spherical valves attached which are activated simplu by pressing. The peleus balls are mounted on the upper end of the pipette. By pressing the valve the balloon deflates creating a depression. The pipette is then immersed in the liquid to be aspirated and the S or B valve is pressed (from the English “to suck”. Nobody should ever suck up through their mouth as there is always the risk of swallowing the substance. 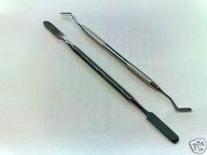 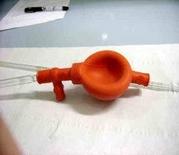 These are hotplates with a magnetic rod underneath that can be made to turn at varying speeds. The shape and size of the rod determine the efficiency of the shaking movement irrespective of the speed, which is why it s best to choose the machine depending on the amount and quality of the liquid being worked as well as the kind of container used. These machines often work as hotplates too.

Inert body mass mi as defined by Newton’s second law is a proportional constant between force and acceleration.

In classical physics, the force acting on a body (or, put more simply, its weight) is the force applied by gravity on that body. Thus:

The instrument for measuring mass is an analytical balance and there are three different types: 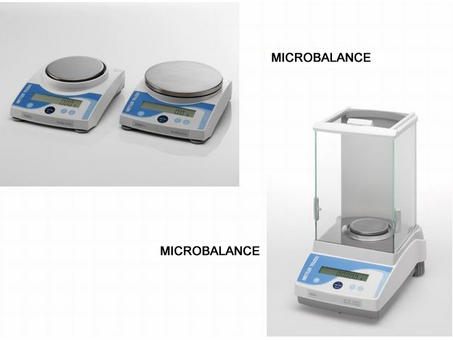 Realign the scales: this means lining the scales up so that the air bubble is right in the centre of the level. Corrections can be made using the adjustable stands. 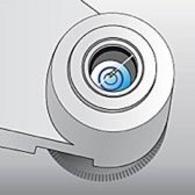 The surfaces on clean glassware have a uniformly, thin layer which guarantees the reliability of readings for volume measurements in volumetric flasks. Dirt or grease affect this layer but a quick wash in hot soapy water is usually enough to remove them. After rinsing the glass in plenty of tap water, it has to be rinsed in deionised water. Volumetric containers do not normally need to be dried before use, in fact this is a waste of time as well as a potential source of contamination.