The amino terminal AA is number 1.

There are 4 levels of protein structural organization:

It is the main secondary structure of proteins. It is stabilized by H bonds between C=O and NH in position n+3 (every 4 AA).

Lateral chains are located on the external side of the helix. 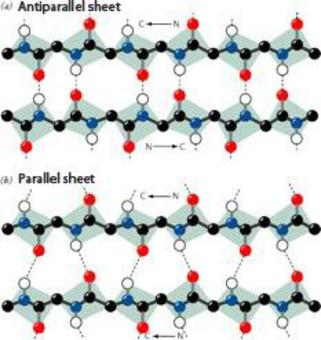 Stabilized by H bonds between H and C=O also of AA very far on the peptide sequence.

Don’t confusione  these with beta sheet!

Allow peptide backbone to turn back on its(particularly in the globular proteins.

One of the more common has the sequence XPGX type. Pro starts to bend the backbone and Gly stays at the top of the turn. The two “X” interacts to stabilize the structure.

Hierarchical organization of the protein 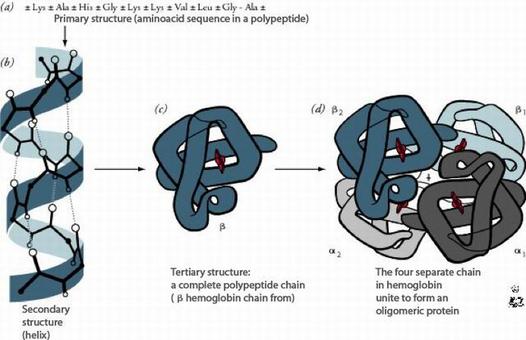 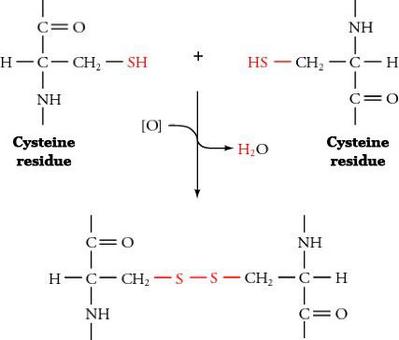 The only covalent interaction to stabilize protein tertiary structures. 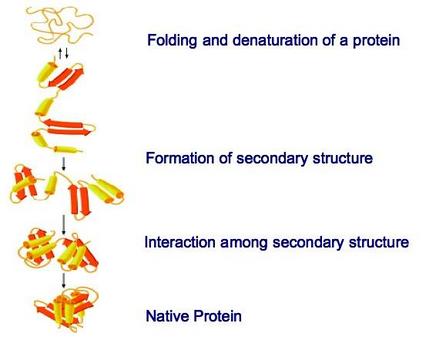