Evaporation process consists in the separation of the liquid volatile fraction from the nonvolatile solid fraction.

An high percentage of water is usually present in foods, and it is removed in processing by vaporization.

Several situations may appear in the vaporization process: the foodstuff may contain flavor compounds more volatile than water, it may be so viscous that it will hardly flow, it may deposit scale on the heating surface, it may tend to produce foam, it may precipitate crystals, or it may have a relative high boiling point.

This wide variety of liquid-food characteristics requires several typologies of evaporators to be used in the food industry.

Evaporative concentration is a process used:

The primary objectives of liquid-food evaporation are: 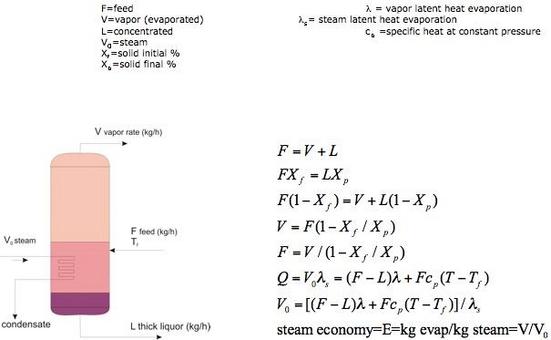 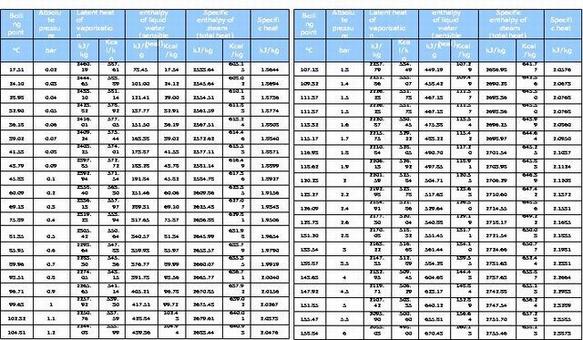 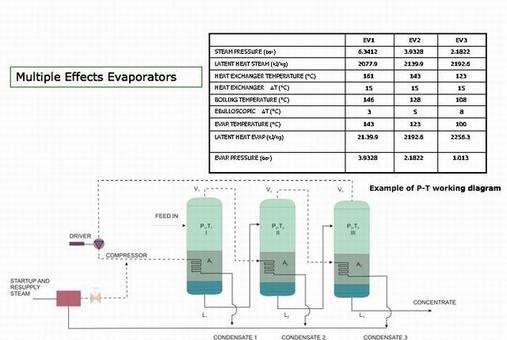 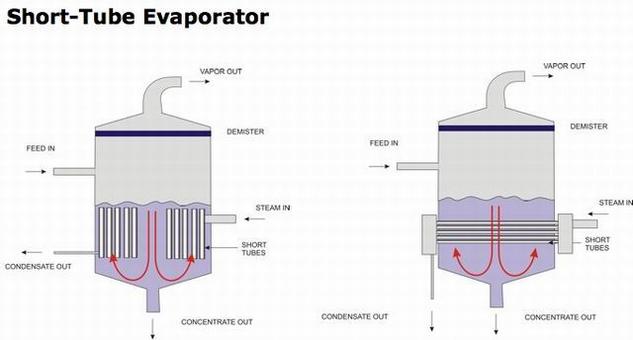 However, heat transfer depends greatly on the effect of viscosity and temperature, it is not for use with temperature-sensitive materials, and it is unsuitable for crystalline products unless agitation is provided.

Falling Film Evaporator
The primary advantages of falling-film evaporators are:

The primary disadvantages are:

Forced-Circulation
Evaporator
The advantages of using a forced-circulation evaporator are:

The primary disadvantages of forced circulation are:

Rising Film Evaporator
Advantages of the long-tube vertical evaporator are:

They are best applied when handling clear fluids or foamy liquids, and when large evaporation loads are required. 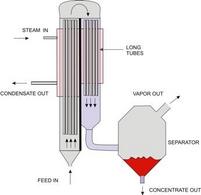 A major disadvantage is the large gasketed area. Leakage can be avoided by selecting the proper gasket for the application and following proper assembly procedures. 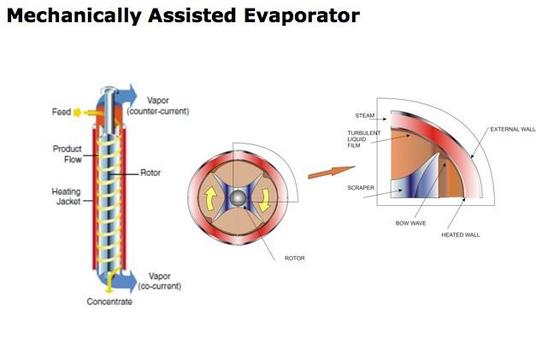 A disadvantage is its higher cost compared to standard evaporation equipment. In addition, staging or vapor recompression for energy recovery are not practical.

Approximately 3.5 kJ are spent in generating 1 kJ of electrical energy and the amount of energy required to evaporate 1 kg of water can be estimated from the latent heat of vaporization of water (2257.1 kJ/kg at 100°C).

The conversion of fuel into steam usually takes place at approximately 80% efficiency due to energy losses. 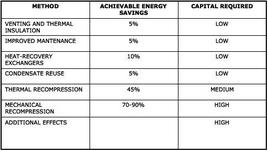