Food liquid mixtures could theoretically be sampled and analysed in the same way as previously described for solid mixtures, but complexity in flow pattern due to nonlinearity resulted in less investigational work on the mixing performance of fluid mixers.

Most of the available information concerns the power requirements for the most commonly used liquid mixers, like paddles or propeller stirrers, where the fluids to be mixed are collected together and then the stirrer is rotated.

Experimental measurements have been made in terms of dimensionless ratios involving all of the physical factors influencing power consumption, and the results have been correlated obtaining an equation of the form (1).

Notice that the Reynolds number uses the product DN for the velocity, differing by a factor of π from the actual velocity at the tip of the propeller.

In the study of stirred tanks, the Froude number governs the formation of surface vortices, and it correlates the effects of gravitational forces and it only becomes significant when the propeller disturbs the liquid surface.

Below Reynolds numbers of about 300, the Froude numbehasr  minimal effect, so that the previous equation becomes: (2).

In this case general formulae have not been obtained, so that the results are confined to the particular propeller configurations used in the experiment.

If experimental curves are available, then they can be used to give values for n and K in previous eqn. and the equation can be used to predict power consumption. 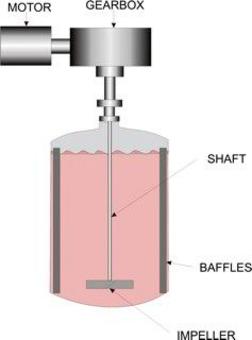 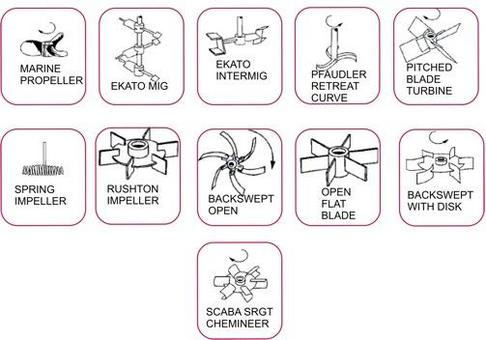 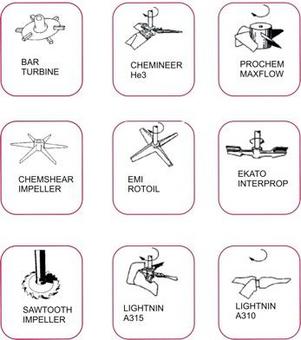 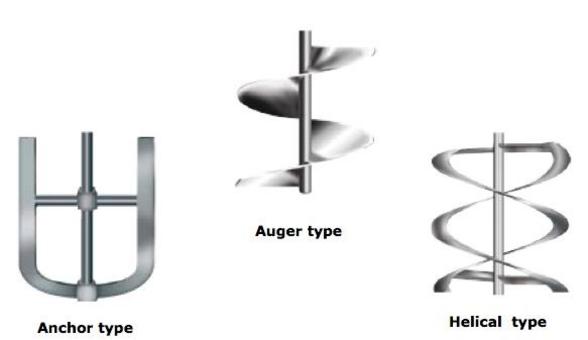 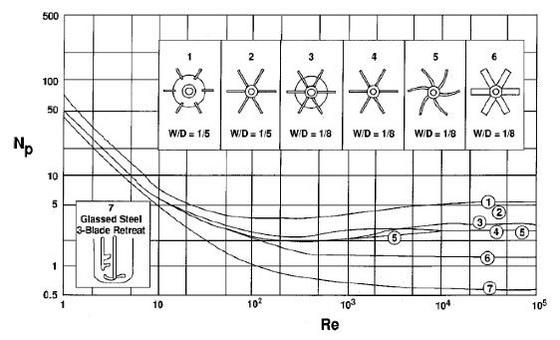 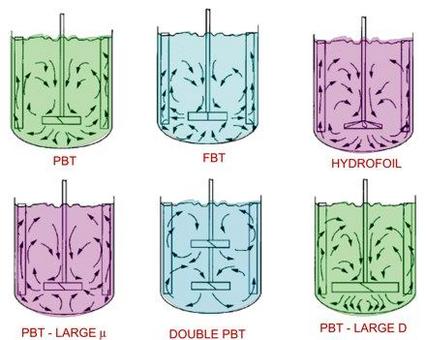 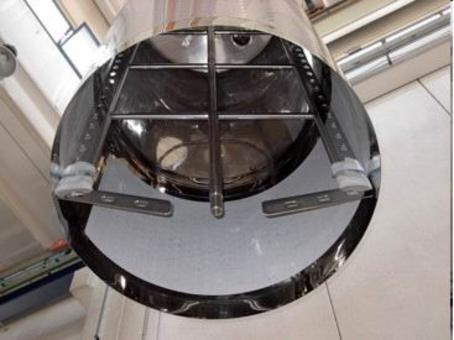 Most industrial mixing processes take place in tanks or vessels.

However, mixing often takes place also in the pipes connecting these process vessels, and sometimes the pipelines themselves serve as process vessels.

In many cases the pipe, especially when equipped with an internal static mixer device, is a better place to mix and it is more economical than a vessel.

In particular, it is convenient when fast blending is required or when long hold-ups in the mixing vessels are not desirable.

Pipeline mixing is convenient when: 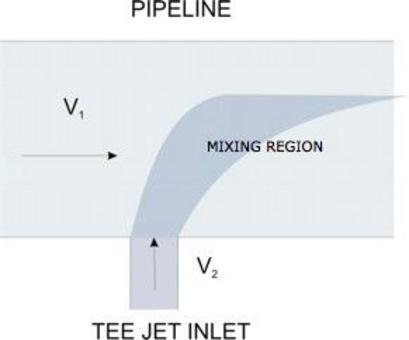 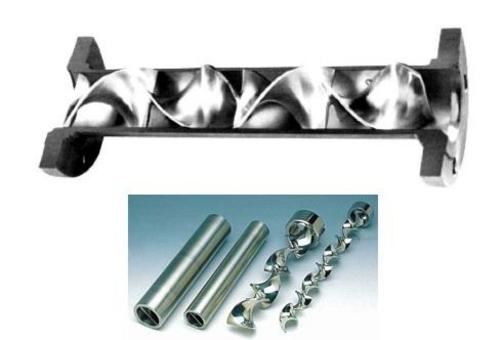 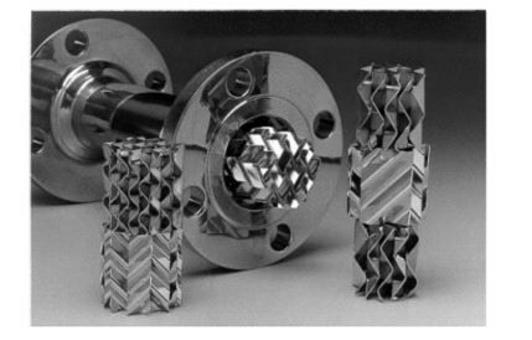 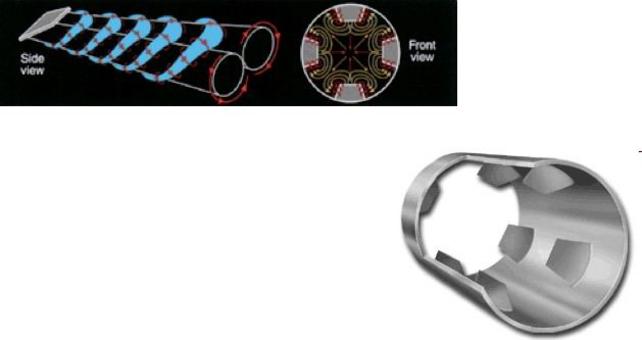 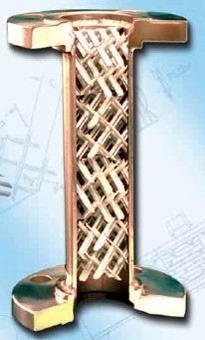 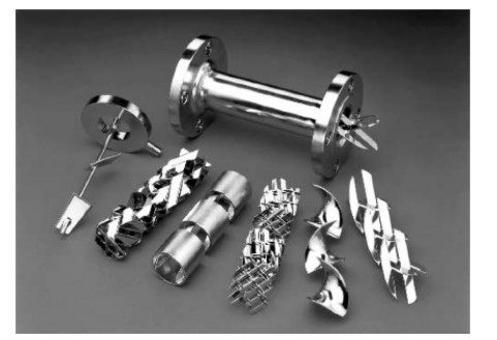 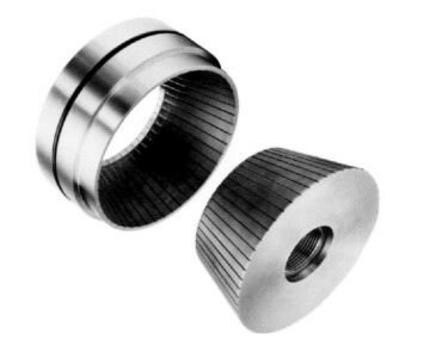 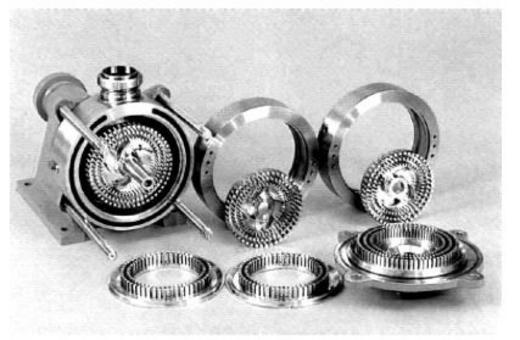 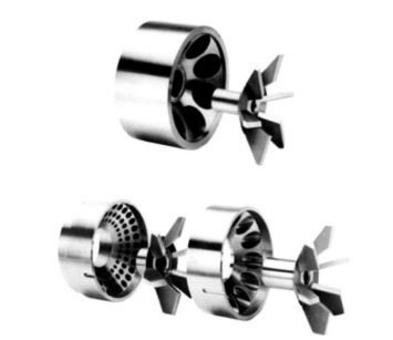 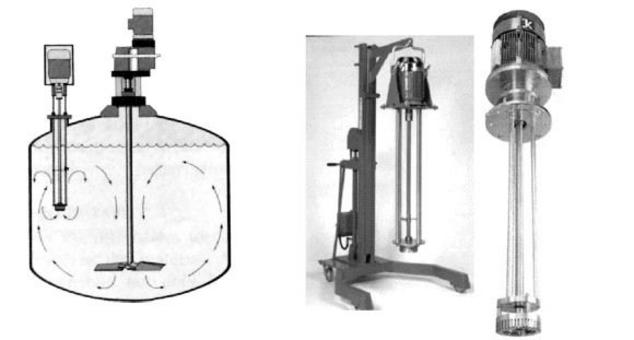