In our lessons so far we have covered the first steps on our learning journey.
We defined architecture as the art of:

We then defined the scope and applications of architecture and the specific systems and units of measurement it uses….

In this lesson we will begin our actual exploration both within and outside architecture to put together a series of elements from as broad a knowledge-base as possible, which will help to develop our imaginative potential….

The topic of this lesson is: living.

Stages of the agogic journey (touched on in this lesson)

Non-verbal language (used or referred to in this lesson)

References to other subjects (used or quoted in this lesson)

The German philosopher Martin Heidegger was a major influence on architectural thought in the second half of the 1900s.

Summary of Heidegger’s philosophy (from Wikipedia)

“(…)Man, becoming conscious of his own finiteness when faced with the possibility of death, can only overcome the resultant anguish he feels by recovering the fundamental thread that connects him to his being. Heidegger defines this task as a “Remedy” (…) In contemporary history, however, humanity faces a fundamental danger: people lose their sense of being because of manipulation by  organizations fired by technology and also through the scant attention paid to language. The question of technology and the great value Heidegger placed on poetry are two of the major themes to focus on when studying this important German thinker”. 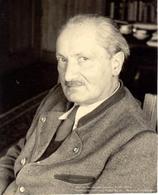 ” (…) We attain to dwelling, so it seems, only by means of building. The latter, building, has the former, dwelling, as its goal. Still, not every building is a dwelling (…) These buildings house man (…) but – do the houses in themselves hold any guarantee that dwelling occurs in them?

(…) To build is in itself already to dwell (…). The Old English and High German word for building, buan, means to dwell. This signifies: to remain, to stay in a place.

(…) The way in which you are and I am, the manner in which we humans are on the earth, is Buan, dwelling.

(…)Both modes of building – building as cultivating, Latin colere, cultura, and building as the raising up of edifices, aedificare -are comprised within genuine building, that is, dwelling.”…

But if we listen to what language says in the word bauen we hear three things:

But ‘on the earth’ already means ‘under the sky’. (…) Earth is the serving bearer (…)The sky is the vaulting path of the sun (…)The divinities are the beckoning messengers of the godhead. (…)The mortals are the human beings. (…) This simple oneness of the four we call the fourfold (…) dwelling itself is always a staying with things.  (…). Mortals nurse and nurture the things that grow, and specially construct things that do not grow.

“Our dwelling is harassed by the housing shortage. Even if that were not so, our dwelling today is harassed by work, made insecure by the hunt for gain and success, be- witched by the entertainment and recreation industry (…)…Dwelling so understood is always merely the occupying of a lodging.

When Holderlin speaks of dwelling, he has before his eyes the basic character of human existence (…): poetry first causes dwelling to be dwelling (…).

“Man does not dwell in that he merely establishes his stay on the earth beneath the sky, by raising growing things and simultaneously raising buildings. Man is capable of such building only if he already builds in the sense of the p~tic taking of measure. Authentic building occurs so far as there are poets, such poets as take the measure for architecture, the structure of dwelling”. (…)(…)

Architecture is an operation carried out by human hands on the body of the Earth.
The perception of Earth as a body-matrix constitutes the first step in any architectural design. You get this kind of perception in its simplest, most direct form in the desert. The Earth stretches out in front of you as far the semi-circular horizon, where the dome-shaped sky sits on top of it. With such basic conditions, the image of the landscape is an absolute.

The desert experience should be considered a necessary step in the creation of the basic tenets for the education and training of an architect, forming part of a learning process designed to promote the development of creative thinking. 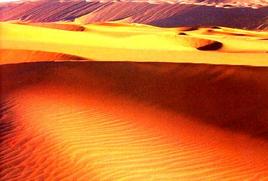 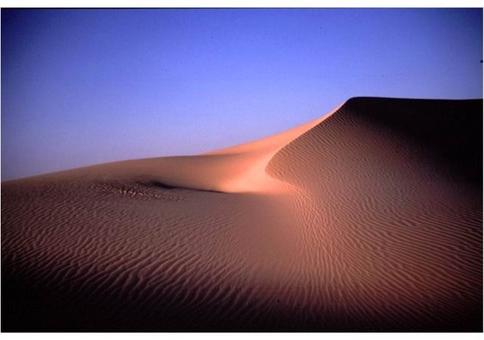 In ancient Egyptian cosmology, where the land consisted almost entirely of desert, the world was represented as a sacred union between earth and sky. The goddess Nut (the sky, the starry night) towers over the god Geb (the earth, the desert), holding him in her embrace. Every morning Nut gives birth to Osiride, the sun, the fruit of this cosmic union, and every evening she sucks him back in again.

The study of ancient cosmologies and contact with cosmogonic images (i.e. those that represent the world) is another fundamental ingredient in the training of an architect, part of a learning process designed to develop creative thinking. 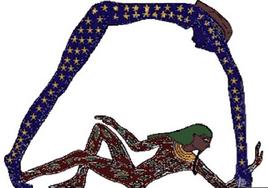 Ancient Egyptian cosmogony: the sacred union between Nut and Geb.

Between earth and sky

Every girl and boy of pre-school age represents space in the archetypal way. Earth is depicted by a line across the bottom of the paper, there is a line of sky across the top, and there is a space between the earth and sky where they put the house and all the other things in the world.

Studying children’s drawings and never losing touch with the magical thinking of childhood is the third indispensable element in the formation of an architect, part of a learning process guaranteed to promote creative thought.

Living is building a shelter on earth, beneath the sky. 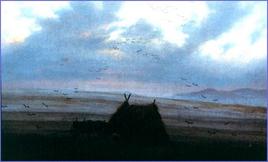 Living is putting down roots.

The foundations of the house are embedded in the earth.

Living is asserting your presence in the world.

A simple stone stuck in the ground is enough to mark human presence in the world.

“Poetry first causes dwelling to be dwelling. Poetry is what really lets us dwell. (…) Do we dwell poetically? Presumably we dwell altogether unpoetically. (…)That we dwell unpoetically, and in what way, we can in any case learn only if we know the poetic. Whether, and when, we may come to a turning point in our unpoetic dwelling is some- thing we may expect to happen only if we remain heedful of the poetic. How and to what extent our doings can share in this turn we alone can prove, if we take the poetic seriously”.

“The upward glance passes aloft toward the sky, and yet it remains below on the earth. The up- ward glance spans the between of sky and earth. (…) We now call the span thus meted out the dimension. This dimension does not arise from the fact that sky and earth are turned toward one another. Rather, their facing each other itself depends on the dimension (…)Man’s dwelling depends on an upward-looking measure-taking of the dimension (…) The taking of  measure is what is poetic in dwelling. Poetry is a measuring (…)”.

From Martin Heidegger Poetically man dwells (as above)

Living is finding your place in the universe, i.e. orienting yourself

A Neolithic site in Wiltshire, England, a UNESCO world heritage site since 1986. Associated with the legend of King Arthur amongst others, it is currently a popular haunt for mass tourism and for rituals inspired by ancient pagan religions.
The name means “hanging stone” and the granite megaliths (each weighing between 20 and 25 tonnes) are arranged in a circle and aligned with the direction of the solstices and equinoxes. It is thought, therefore, that the stone complex represents a kind of sun machine, a sort of astronomy observatory and a place of cosmic importance.