In the last lesson we concluded our look at architecture in the form of actual buildings with a 360° look at some of the more representative architectural and urban phenomena in today’s world.

Compared to the immense wealth we discovered earlier, as we scanned the pages of history from ancient times to the more recent past, here in today’s world we discovered some new phenomena. Human constructions in the modern world seem to obey different laws from those we encountered in previous millennia.

The “bodies” which have been constructed recently are no longer “on a human scale” and they are no longer anthropomorphic. The model used for development is no longer measured and organic, but serial and potentially infinite. What is built is not proportionate to the land or the place, nor influenced by cultural identity, but is carried out in the same way everywhere; standard, repetitive constructions which make the whole world look the same. Yet the price we pay to achieve this is enormous, in terms of human suffering (political, financial, social and cultural) and consumption of the world’s non-renewable energy and resources.

Against this background, architecture seems to be reduced to some kind of firework display. With no responsibility towards either people or the environment, it just wants to make a big show in celebration of the market and power.

The crisis in architecture

Architecture has never been so trendy. You can find the work of the architectural superstars in magazines, newspapers and on television because people who knew nothing about the subject until recently are curious to know more about it. Yet architecture has never been further from public interest: it has little or nothing to do with improving people’s lives. In fact it can even make living conditions worse.

This happens because architecture has become a law unto itself, with everything revolving around the “name” and the “genius” of the individual architect who is quoted on the stock market like any other brand.

Architects take refuge in some kind of artistry which excludes them from any form of responsibility. Unfortunately, these people are often charged with transforming entire areas of towns or cities. And the work is carried out in an incompetent, superficial fashion as if it was all just a game.

But towns and cities do not work like that. They are the deep-rooted domain of the collective unconscious, where notions of belonging and conflicts are played out.

Let’s leave the starchitects to themselves and their egos…. Accept that architecture has outlived its usefulness. Today we need something different».

We realize, as a result, how absolutely essential it is to develop a new kind of creative thinking in Architecture, one which is capable of taking on the major issues in today’s world .

In this lesson we are going to look at some of the topics that could be explored which might be useful to the development of new creative thinking in architecture:

Mutation of the imagination

In previous lessons, when we looked at Architecture in terms of the Mediterranean-European cultural tradition as an “art” and as a “body” we took the anthropomorphic analogy further.  We saw that houses and cities in the more recent and distant past were of a perceptible size, and blessed with an organic internal structure (that is, they were dishomogeneous and anisotropic with an internal hierarchy and integrated function).
We realised that these buildings were conceived of, either consciously or subconsciously, as being similar to a human body, with an outer membrane like skin (walls, fences); with individual body parts like a head (the roof), a face (the facade) arms (wings, porticos and colonnades), eyes (windows), mouth (doors), waste orifices (sewers); internal organs like the brain (town squares) and nervous system, a heart (like religious and purpose-built structures) and circulatory system, stomach (markets) and digestive system.

When we look at this kind of architectural body, analogies with the human body do not spring to mind but rather with something ultra-human or inhuman.

Once you are inside a big city, you cannot see outside it. 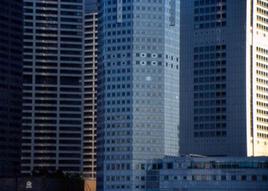 A contemporary habitat (a metropolis or megalopolis) is conceived of in the following way: either as exciting and “progressive”, as if it was organised along similar lines to brain tissue (in its cybernetic simplification) or as depressing and “regressive” more like big, insect nests (anthills or termite nests).

Integrated electronic circuits are organized in reticular fashion along orthogonal axes and what they have in common with urban fabric is the fact that they need to make maximum use of precious little surface area.

Termite nests are wedge-shaped mounds, and they are all the same and face in the same direction, and what they have in common with modern living spaces is the need to house the greatest number of individuals in the smallest possible area. 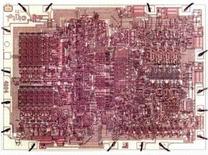 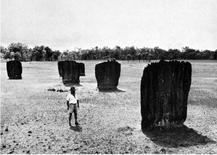 Who is it for?

The inhabitants of metropolises in the modern world are no longer people but crowds. The kind of crowds you find at rock concerts, political demonstrations, religious gatherings or at football matches. 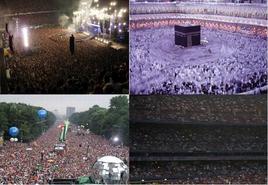 A rock concert. The crowd of pilgrims at Mecca. A political demonstration. The crowd at a football game. Source: Nonciclopedia

The way building has developed in the world over the last twenty years has led to new functions and new typologies for urban architecture (which, not surprisingly, often have international names).

Examples of these new typologies are to do with transport interchange (transit hubs), large places for shopping (shopping centres or megastores) or refugee camps.

All the above have the following essential characteristics in common:

In this kind of place, huge numbers of people come into contact with one another (millions) but they never actually establish any form of relationship. People can stay here, even for long periods of time, but they cannot “live” here.

The number of people using these places is so huge that they undergo an irreversible mutation: they cannot be defined as the sum of all the individuals that use the place but have to be thought of, and referred to, as a human mass whose value lies in its entirety, like huge, magma bodies (crowds).

Places which are not “lived in” but just “passed through”; and not by people but by crowds. This new type of thing does not have a name yet, it is simply defined in terms of what it isn’t, and what anthropological qualities it is missing.

To enable us to refer to the phenomena, the name “non-places” has been given. 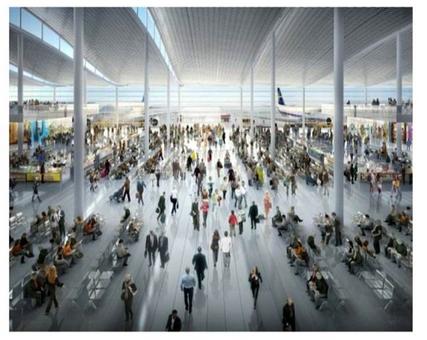 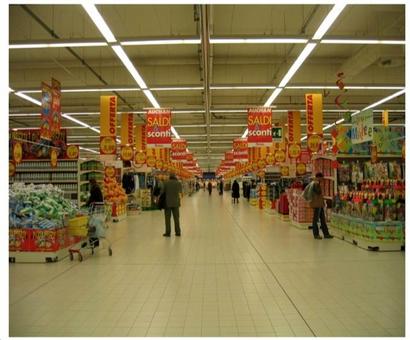 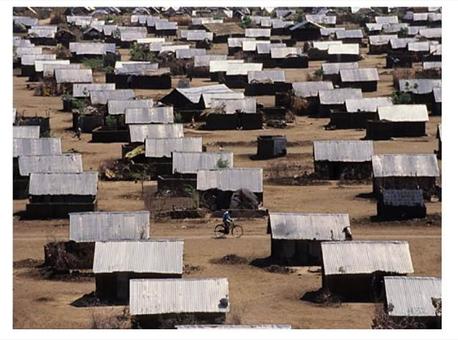 The concept of “nonplace” was devised by Marc Augé (Poitiers 1935), a French anthropologist and ethnologist, based on the term “place”.

“Place” is a space which has been constructed and which has acquired, over time, a recognizable and transmittable identity. When individuals or communities use this space, anthropological relationships are created which leave their mark on history

“Nonplace” is a space which has been constructed but it has no identity and so the human beings who use it have no name, do not enter into any kind of relationship with one another and leave no mark on history.

The creation of nonplaces belongs very much to the current era of human history, a period which Marc Augé defines as the era of “supermodernity”.

The state of “supermodernity” is defined by Marc Augé through his three “examples of excess”:

Supermodernity creates a generalised mix and co-existence of events, images and values without any sort of hierarchy, order, selection or control.

Supermodernity increases the extent and quantity of information, contacts and opportunities; Supermodernity accelerates the rate of transactions and consumption.

With this state of affairs, a more in-depth knowledge of a subject has become impossible, as it has been replaced by a more superficial but potentially infinite extension of it.

« Our way of experiencing the world has changed (…) Experience today is something in the form of strings, sequences or trajectories: it implies a movement which links up different points within reality: it is the intensity of that flash (…) the depth «it is, in fact, an unjustifiable waste of time».
(Alessandro Baricco, I barbari. Essay on Mutation, Feltrinelli, Milano 2006)

Supermodernity seems to annihilate all the values inherited from the past and creates a state of total  ”barbarism”.

In actual fact, supermodernity simply reduces all values to the same level.

It thus allows for huge processes of culturisation, whereby all the different components are added together without cancelling each other out.

This is the starting point for the XXI century.