Donatella Mazzoleni » 7.In the world today

We started our course with the question: “what is Architecture?”

In our cultural tradition we found the answer “Architecture is an Art which points to Nature for its origins”.

We could have contented ourselves with this ancient, authoritative definition. Instead, we preferred to physically take hold of this statement and test its current validity as real nourishment for our imagination. We thus abandoned our awareness of history and conceptual support and we tried to look at architecture through ignorant and primitive eyes.

We looked at Architecture first of all simply as an “art”, a human action carried out on the earth. Then we took it as simply a physical “body”. And then, following on with the anthropomorphic analogy, we looked at the structural and morphological aspects of architecture which we, consciously or unconsciously, perceive as being similar to human behavior or “gestures”.

Our research took us through the different periods of history, from ancient times to the more recent past and we looked at human constructions from all over the world, in every direction and in every continent.

We thus discovered a universal heritage of consolidated traces of human presence on the earth, a massive collection of material and immaterial wealth.

Let’s look at the present day now: what is building like nowadays?

In the United Arab Emirates the land was all desert until fifteen years ago.

Over the last ten years, Dubai has been a prime example of explosive urban growth, with no roots and no limits. 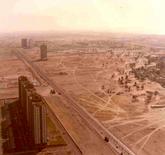 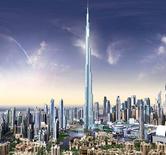 In Dubai anything is possible.

In Dubai there are no restrictions on the use of non-renewable resources.

In Dubai people do indoor skiing even though the outside temperature is 50°.
In Dubai they have built artificial islands to emulate the five continents of the world. 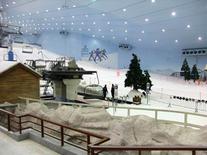 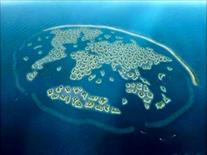 What is the result when we transform the environment and create a human habitat in this way? 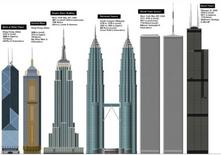 Contenders for the highest building in the world at the end of the 1900s. 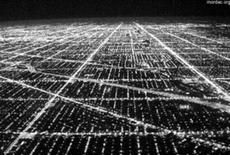 How is growth achieved?

The idea of unlimited development had its origins in the west at the end of XIX century.

From 8th – 10th October 1871, a great fire swept through the city of Chicago and destroyed it. The city was rebuilt with new buildings and these were not designed according to universal traditions of architecture. They were not syntactic structures (constructive organisms which have their beginnings in the foundations and their end in the roof, and a hierarchical arrangement of the different parts between floor and roof; organisms with main and supporting roles in their occupation of ground space) but paratactic structures instead (serial constructive volumes, with upward growth and horizontal repetition over a potentially limitless area). 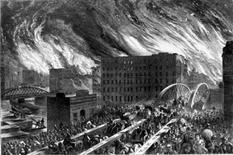 How is growth achieved?

A development model of serial growth without limits produced the great cities of America in the first half of XX century (Chicago, New York) , was extended even further despite the risk of earthquakes (San Francisco, Los Angeles) and fired the pioneering ideas of north-American architecture (the design for Frank Lloyd Wright’s “One Mile Skyscraper”, 1956, springs to mind).

Over the second half of XX century this idea of serial growth without limits spread to European capitals even though these cities had such a strong, historic identity established over the centuries (London, Paris, Madrid, Moscow).

Once it hit the other side of the Pacific, however, and encountered the vast populations and rapid growth rates of the Asian economies, the phenomenon literally exploded in the huge Asian metropolises (Hong Kong, Kuala Lumpur, Tokyo and then Beijing).

A model for development which involves limitless, serial growth has a huge, unsustainable impact on the environment, politics, society, economics and culture.

The price of growth without limits : pollution 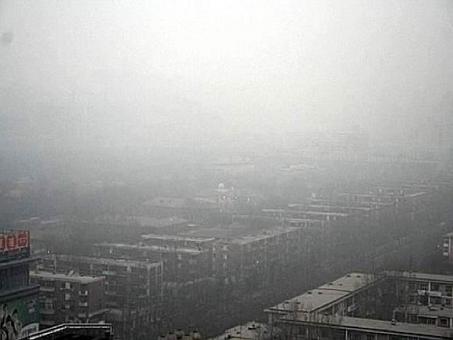 The sky in Beijing 2008. Source: Olimpiadi

The cost of growth without limits: slums, favelas, bidonvilles, baraccopolises

in subhuman conditions in the world 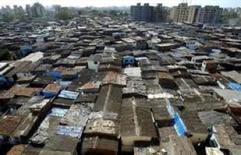 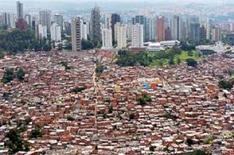 This type of development based on serial growth without limits also led, at the end of XX century, to the media phenomenon of pseudo-architecture, synonymous with the pseudo-values upheld by the developed western world.

During the 80s, a kind of star system started to take hold within architecture (K. Frampton): an ever more exclusive group of architects who “follow the paths of fashion, design, entertainment and marketing, which often creates a shortcut to fame for them, so they are no longer required to continue their research» (L.Benevolo).

Since the 90s, the mass media has devised and publicised the idea that, in response to the complex and problematic changes to human habitat in the current era, architecture appeared to undergo a surprising transformation. Instead of being a choral or collective task it had become the exclusive domain of an elite of “geniuses”.

Like the multinational food companies who managed to patent the genetic make-up of several basic foodstuffs, thereby robbing the populations historically responsible for cultivating them, it has been decided to impose brands on architecture too.

Even the name given to this type of architect (starchitect) was coined like a brand (G.Lo Ricco, S.Micheli).

This media invention would have us believe that, in the face of the current world crisis – or rather, regardless of the crisis – this type of architecture is in good health and is enjoying great success.

The crisis in architecture

These so-called “starchitects”, who have become powerful and world-famous thanks to huge financial resources, the most sophisticated software, exoneration from legal norms, and dazzled and flattering writers who have honored them with the title of “architect” or even “architectural genius”, are actually nothing more than professional showmen, advertising icons for the great multinational companies trying to win the contracts for the biggest building projects around the world.

In reality, if contemporary architecture was really reduced to the media phenomenon of “starchitects” it would be a completely useless and irrelevant subject to study.

Over the next few lessons we will try to find other, more interesting examples of what is contemporary, and try to understand what tools we can use to fuel the development of genuinely creative thought in architecture.