Paolo Donadio » 3.The rhetoric of globalization in British politics

In this lesson, we will report some examples of political discourse (1995–2008). They illustrate some specific ways in which British political parties represent globalization. We will especially focus on Labour Party and its former leader, Tony Blair. The excerpts belong to different genres of political communication, such as lectures, party manifestos and electoral speeches.
The following points seem more remarkable:

Blair on globalization: the Mais Lecture, 1995

“The first priority for a high success economy is a tough and coherent macro-economic framework for policy.
We must recognise that the UK is situated in the middle of an active global market for capital, a market which is less subject to regulation today than for several decades.
Since it is inconceivable that the UK would want to withdraw unilaterally from this global marketplace, we must indeed adjust our policies to its existence”.

“We know the pace and effect of new global markets and technological change. Jobs can be rendered obsolete, even whole industries. The world of work has been transformed. There is a revolution happening in media, communications and information. There is a real task in this era of change”.

Conservative Manifesto (1997):
“We live in a tougher, more uncertain world. A fast-moving global free market is emerging. New economic powers are rising in from the East. Family life and social attitudes are changing”.

Liberal Democrat Manifesto (1997):
“Our aim: To end the cycle of boom and bust and equip Britain’s economy to compete in the global market-place“.

Labour Manifesto (from Blair’s Foreword, 1997):
“And I want, above all, to govern in a way that brings our country together, that unites our nation in facing the tough and dangerous challenges of the new economy and changed society in which we must live”.

“The reason for having created New Labour is…” (Labour Manifesto, 1997)

“The reason for having created new Labour is to meet the challenges of a different world. The millennium symbolises a new era opening up for Britain. I am confident about our future prosperity, even optimistic, if we have the courage to change and use it to build a better Britain”.

Elections 1997, speech at the Corn Exchange

“We accept and indeed embrace the new global economy. There is no place for isolationist or protectionist policies of the right that seek to cut off Britain from the rest of the world. We should be an open, trading nation fully engaged in the international economy. There is equally no future in “go-it-alone” dashes for growth or demand management which ignore the context in which our economy is linked with others. To that extent the Keynesian post-war consensus is over”.

“We can use our openness and entrepreneurial flair to become a global centre in the knowledge economy.
We can use our sense of fair play and mutual responsibility to be a strong, dynamic, multiracial society held together by strong values”.

“In a fast changing global economy, government cannot postpone or prevent change. The modern role for government – the case for a modern employment and skills policy – is to equip people to succed, to be on their side, helping them become more skilled, adaptable and flexible for the job ahead, rather than the old Tory way of walking away leaving people unaided to face change“.

(Britain forward, not back, Labour Manifesto, 2005)

The inevitability of globalization: Blair at Yale University ( 2008)

“Faith and globalization”: a new course at Yale University (2008) in cooperation with the Tony Blair Faith Foundation.

The inevitability of Globalization 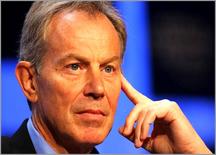 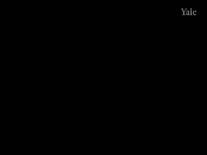 Tony Blair, The inevitability of globalization

“First, both in opposition and now in government, Blair’s Labour Party has, to an unprecedented extent, emphasised the degree to which international (indeed, global) processes, pressures and tendencies serve as external constraints circumscribing the parameters of political possibility. Second, and at times in seeming opposition to this (a point to which we return), Labour has sought to project itself, again in a largely unprecedented manner, as a dynamic international economic force in the promotion of globalisation”

“New Labour is totally committed to the neo-liberal global economy, and actively supports international initiatives to enhance the tendency towards ‘globalisation’, e.g. extending free trade. There are winners and losers in globalisation. It is the winners who are eager to extend it, and the New Labour basically backs the winners (despite its claim to tackle the social exclusion of the losers).
One important resource in extending globalisation is controlling the language in which it is represented. For instance, in the political language of New Labour ‘globalisation’ and the ‘new global economy’ are represented as accomplished facts rather than partial and uneven tendencies, and ‘change’ is represented as an inevitable movement in the direction of globalisation. The language of New Labour tells us there is no alternative – neoliberalism is something with which we have to live”

In this final slide, we will try to match specific viewpoints on globalization with some features of discourse:

1. Viewpoint: “For New Labour, globalization is nothing but an economic process”
Discourse: The most frequent nouns used in collocation with the adjective global are market and economy.

3. Viewpoint: “For New Labour, globalization is an phenomenon that everyone has to accept”
Discourse: The frequent use of the modal must conveys the idea of a strong sense of obligation (we must recognise…, we must adjust…, we must live…). Globalization, presented by New Labour as something real and ‘out there’, forces individual citizens and organized groups to accept it.

4. Viewpoint: “Globalization is transforming our world”
Discourse: Change is a major keyword in New Labour discourse and is used as i) a noun (technology change, to face change); ii) an adjective (changed society); iii) a verb (the courage to change).

Britain forward, not back, Labour Manifesto, 2005

British Governments and Elections since 1945

The inevitability of globalization

Tony Blair and the language of politics