The main issues on the table

1. Directives of the ’80s- their objectives: liberalization and privatisation of the TLC market.

3. Regulatory Challenge in the future: which perspective? 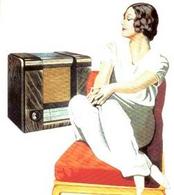 a) What is a defeat of market?

b) What does “asymmetrical regulation” mean?

c) What is the final aim of the asymmetrical regulation?

Examples of defeats from Framework Directive:

Art. 9: “Obligation of transparency”
1. National regulatory authorities may… impose obligations for transparency in relation to interconnection and/or access, requiring operators to make public specified information, such as accounting information, technical specifications, network characteristics, terms and conditions for supply and use, and prices.
2. In particular where an operator has obligations of non-discrimination, national regulatory authorities may require that operator to publish a reference offer, which shall be sufficiently unbundled to ensure that undertakings are not required to pay for facilities which are not necessary for the service requested, giving a description of the relevant offerings broken down into components according to market needs, and the associated terms and conditions including prices. …..

1. A national regulatory authority may, in accordance with the provisions of Article 8, impose obligations of non-discrimination, in relation to interconnection and/or access.
2. Obligations of non-discrimination shall ensure, in particular, that the operator applies equivalent conditions in equivalent circumstances to other undertakings providing equivalent services, and provides services and information to others under the same conditions and of the same quality as it provides for its own services, or those of it subsidiaries or partners.

What does “asymmetrical regulation” mean:

How? It creates a unilateral duty for the incumbent in favour of new entries.

Examples from Access Direttive (2002/19): art.12. “Obligations of access to, and use of, specific network facilities”
“A national regulatory authority may, in accordance with the provisions of Article 8, impose obligations on operators to meet reasonable requests for access to, and use of, specific network elements and associated facilities, inter alia in situations where the national regulatory authority considers that denial of access or unreasonable terms and conditions having a similar effect would hinder the emergence of a sustainable competitive market at the retail level, or would not be in the end-user’s interest.
…(b) to negotiate in good faith with undertakings requesting access”

In short, the asymmetrical regulation is able to create a fictio iuris:

In other words, it means to allow new entrants equal access to the ex-monopolist network inputs at the same conditions given to the ex monopolist’s own companies.
So we must ask: Is equal access to indipendent and non indipendent clients equivalent to the assignment of the network to a public indipendent body, extraneous to negotiations on the downstream market?

The answer to our question is: NO
The reasons for this answer:
a) The existence of a vertically integrated operator, who exploits the synergies between integrated network and the provision of services.
b) Evidence of failure: abuse of power (art. 82 TCE) on the wholesale market.

Definition of an Asymmetrical rule

A.R. =Rules ex ante in order to prevent the incumbent’s dominance degenerating into an abuse of power.

Ant.= Rules ex post. They only act when abuse of the dominant position has taken place in order to allow the market to return to efficiency (see, G. De Minico, 2008)

A.R.= Precautional rules in order to prevent that dominance could be involved in abuse. (on this, for a good synthesis cf. A.de Streel)

Ant.= Repressive rules in order to punish the incumbent that has committed an abuse.

A.R.= Increases the level of competition.

Ant.= Keeps the status quo of the market.

In facto relation between A. R. v. Ant.

How did the asymmetrical rules behave in facto ?

1. In facto, A.R. has failed as a pre-emptive discipline of the antitrust law.

3. It has been unable to improve the level of competition.

4. It has turned into an iper-regulation.

Alexandre de Streel, "A New Regulatory Paradigm for European Electronic Communications: On the Fallacy of the ‘Less Regulation’ Rhetoric"