What do 2002 Directives do?
They introduce a model of asymmetrical regulation designed in such way as to be: proportional, well tailored to the reality, necessary and motivated
(art. 8 Access Directive).

How to obtain this result?

By three steps of procedure. 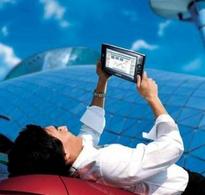 1. – Markets: to be selected according to their own specificities by the NRAs; (see: the Recommendation on Relevant markets).

2. – Operators with significant market power: to be individuated ex post by the NRAs, according to the antitrust economic criteria.

3. – Remedies: to be selected by the NRAs among a range of correctives formulated in the Directives in such a way as to determine the measure well tailored to the particular “defeat” to correct.

1. Markets have been included in a exhaustive list drafted by the Commission in the Recommendation.
2. Operators have been individuated in force of legal presumption.
3. The full suite of corrective remedies has been applied even when not necessary.

What are the effects on legal system?

A) The Commission and the NRAs have assumed a hyper-regulatory attitude in spite of the declared deregulatory intentions, which so far have remained only on paper.
B) If the result was to have “fewer norms and different norms”, this result has not been achieved yet, because there are still too many norms and of the same kind as the first generation asymmetric ones.
C) Heavy, permanent and not necessary rules.

Art. 8, Access Directive, allows the NRAs to propose the formulation of atypical structural measures, i.e. static corrections related to the operator’s way of being.

If the Authority proves the inefficacy of the behavioural remedies in preventing abuse on the part of the vertically integrated operator.

See: European Commission, Communication on the review of the EU Regulatory Framework for electronic communications network and services, Com (2006) 334 final .

Id., Communication on the market review under the EU Regulatory Framework (2 report).COM (207) 401 final.

What is the undertaking? It is an intermediate solution between behavioural remedies and the extreme structural remedies of ownership separation.

It has realized an internal governance of BT alternative to the original one, on the model of the structural and functional separation between the division operating on the wholesale market and the commercial division of the downstream market.

Disadvantages of this solution:

1) Too formal.
2) It relies on the myth of “Chinese wall” between the two divisions: different places of work, of personnel, of brand in order to assure no communication between them (see: OFCOM, Strategic review of telecommunications, 22 September 2005).
3) But the same ownership: those who decide how much to invest in new generation networks are still the same shareholders.

The new debate about regulation of next generation networks focuses on whether other operators should be allowed to access to new network and if so on what terms.
At heart the issues pose three different solutions (see: OFCOM, Regulatory challenges posed by next generation access networks, 23 November 2006.
1. The permanent regulatory forbearance means that the operators who have made investments in NGNs are free to decide on their own if to allow the access to other competitors and at what conditions.
1.1. Disadvantages of this solution: on the new markets the incumbent could duplicate its dominance.
2. The time limited forbearance: – solution followed by Germany- it consists of the temporary suspension of As. R. in order to let the dominant recover the investments in NGNs.
2.1. Disadvantages of this solution: time gap between the end of suspension and the beginning of regulation.
3. A new type of A.R.: it is not like forbearance, because the access to NGNs must be assured to other competitors.

How does a new type of asymmetrical regulation produce positive effects?

In this case, the new N.R.A. must comply with two opposite goals: promoting the competition and stimulating the investments in NGNs.

To reach the first goal: the price of access must be fixed by law, and not left to free negotiation.

To reach the second goal: the price of this access must be calculated in accordance to, not only the costs, but also the risks of the efficient investment.

But it is a Challenge, whose outcome will depend on the decision of Commission (Willing, see: G De Minico, The 2002 EC Directives Telecommunications, in E.B.L.R., 3, 2008).

Communication on the market review under the EU Regulatory Framework (2 report).COM (207) 401 final

European Commission, Communication on the review of the EU Regulatory Framework for electronic communications network and services, Com (2006) 334 final