With the Licinian-Sestian compromise, stability was brought to Rome.

336 B.C.: Alexander the Great is incoronated

312 B.C.: the first aqueduct was commissioned by censor Appius Cl.Caecus 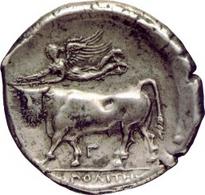 The Censores were chosen among senators and performed the delicate tasks (originally dealt with by the consuls) of enrolling citizens in different units of the assembly; and creating the lists of the new senators (lectio senatus).
They had no imperium – they had an 18 month mandate.
They executed control on citizens’ civil and moral behaviour through censorship, negative assessment added to the name of the person, with variable effects on political rights (nota censoria). 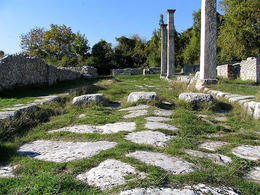 Among the minor magistrates (aediles; quaestors; auxiliary colleges), there were the Tribuni plebis, who had sacrosanctitas (political immunity) from 449 B.C. After 367 B.C. they acquired an independent position in the Republic; and especially a power of veto (intercessio) on acts of other magistrates.
With regard to the administration of criminal and civil justice, they had a coercendi summa potestas: power (in fact, not based on imperium) to impose fines, property confiscation order, arrest and detention of a citizen, capital punishment. 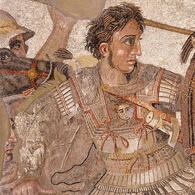 Alexander the Great, House of the Faun, Pompeii. (Image supplied by the author)

Founded as the ancient council of elders, representatives (called fathers/patres) chosen among the richest and noblest families of the city, the Senate was made up of the most important members of the city, with their privileges, and roles which were reserved to them (for example priests, as Flamines, and vati, as augures).
The Senators at the beginning were the King’s counsellors; then they took the political leadership of the res publica. They gave their approval (auctoritas patrum) as a ratification on magistrates’ law proposals and electoral candidature to the citizens’ assemblies, as a means of control and aristocratic hegemony. 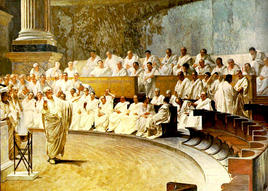 The selection of Senators (Lectio Senatus) was decided by Censors every 5 years: the Senators (300 to begin with, then up to 600 under Sulla, arriving at 900 with Caesar; to establish their final number at 600 under Augustus) were chosen principally among former judges, or dictators, consuls, praetors and afterwards also former plebeian aediles, former tribunes plebis (from 216 B.C), former quaestors (Sulla), and exceptionally among people who had distinguished themselves in the Republic without ever having held public office. Their duties were to: declare war, draw up treaties, receive foreign ambassadors, honour with triumph ceremonies victorious generals; they inspected the coffers of Rome. 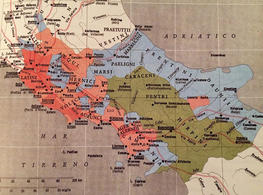 During the centuries, in Roman Empire, they lost their importance, however they maintained their prestige; formally nominating the new Emperor and declaring, after his death, his divinity or his damnatio memoriae. 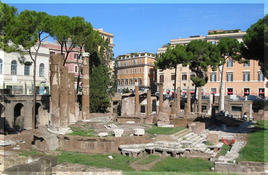 The ancient assembly was the comitia curiata, which had a few sacral functions, and the vote of the lex de imperio curiata, which confirmed the imperium of the major magistrates, then elected by the com.centuriata. 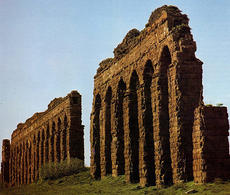 The most important was the comitia centuriata, which derived from the ancient Servian reformed army, where cives voted according to a tymocratic (based on wealth) division. Summoned by the magistrates cum imperio, with the exception of the Praetor (responsible only for criminal cases), they voted the leges and elected the major magistrates.
The Comitia tributa was a new form of assembly of the middle to late Republic, in which citizens voted in accordance to their geographical position (tribus).
The concilia plebis were the plebeians’ assembly, in which the plebs, divided by tribe, were summoned by plebeian magistrates as tribuni plebis and voted the plebiscita.