In ancient Rome the ius mirrored itself with Fatum (destiny/fate), which was: “the Gods’ decisions revealed to Man through signs”. The tribes dwelling in the area, which was eventually to become Rome, congregated together in familiae and gentes, gave priests the role of interpreting these signs, in order to understand whether the Gods favoured (fas) or not (nefas) their actions. In the case of disfavour, risking the wrath of the Gods, it became forbidden. It allowed one of the group to seek revenge for all or the offended party to apply the same measure (talio). 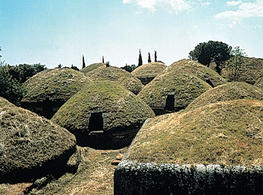 Through this custom, there were identified a series of behaviours (mores maiorum), which were silently passed down through generations, from father to son. Even though Man respected what he considered the Gods’ will (fas or nefas), we can say that this was the first manmade nucleus of Ius Romanum. This expression comes from a very ancient Indo-European root (yaos, yaus, yaoz), which expresses Man’s liberty to organise his community in the sphere of the Gods’ favour.
The mores of the ancient ius mainly regarded household relationships, and centred themselves around the pater familias, who as head of the household commanded military, political and economic power within the ancient Roman family. The mores represented the primitive and patriarchal society of that time, where coinage was yet to appear (use of the land, cults, weapons).

To this nucleus we need to add foedera (international treaties/agreements) and leges regiae (laws approved and pronounced by kings): but differently to the mores, they were considered modifiable according to political changes/actions. Foedera, leges regiae and mores maiorum constituted the ancient ius civile Quiritium, that is the juridical system of the ancient Romans.

The ancient mores maiorum were the religious and social customs of ancestors. They were verbal and had to be interpreted. Such a delicate task was trusted to the king and/or the priests (pontefices), who interpreted pre-existing mores and could also introduce new ones: interpretation also gave way to creation. 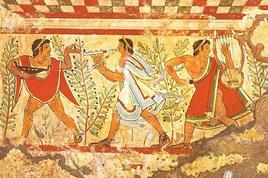 The interpreting priests were the first jurists. They gave their responsa (opinions), which were the city rules of social relations. The pontifical collegium was the memory of the city, which was preserved in time.
The priests met in secret and were mysterious regarding these collections of formulae. They were the chiefs of their communities and had a prescriptive and ritualistic wisdom thanks to their religious experience. They were considered as the guardians of the ancient mos (which can be translated as custom, habit, usage). 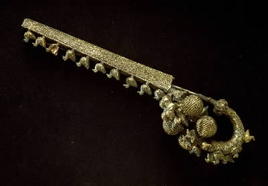 Through time they lost their monopoly, as slowly law became laic. Folklore tells that in 304 B.C. a plebeian scribe, Gnaeus Flavius, libertus of pontifex Appius Claudius Caecus (censor in 312 B.C. and author of the first written book de usurpationibus, a collection of formulars) stole the collections of formulas and published them. This is what is called in sources ius civile Flavianum.
Soon after Tiberius Coruncanius, a pontifex from a plebeian family, was the first priest to make public his profession, violating the secrecy.
These episodes can be seen as a mutiny by society revenged by the plebs. 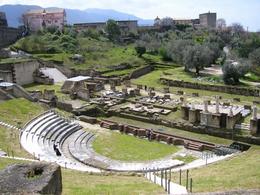 Roman Theatre in Minturno, Italy. (Image supplied by the author)

In 451 B.C. Romans created a special magistrature, the decemviri legibus scribundis consulari potestate, in order to reform the Roman juridical system and published the laws of Twelve Tables. Also this was a result of the plebeian struggle, not so much for the content of the Tables, but for the fact that they obtained a written format, the first of its kind; embossed on sheets of bronze, displayed in the Forum, no longer a secret of patricians, but giving the possibility to be read by everyone.

A reconstruction of XII tables. (Image supplied by the author)

Nevertheless the XII Tables cannot be considered a revolutionary act, due to the fact they represent the interpretation norms of some mores maiorum. These laws are an act of supreme political power, which was to be pronounced, while ius preceded lex (law), which was to be found in human behaviour. 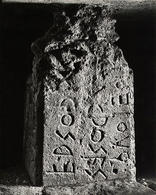