At the very beginning of the Principate lived Marcus Antistius Labeo, an aristocrat who followed a political career refusing honours offered by Augustus. He retired from public life dedicating six months a year to teaching law and the other six to study. He was an extremely learned jurist with at least 400 books to his name. 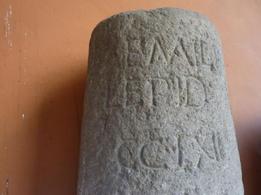 Milestone from ancient Via Aemilia. (Image supplied by the author)

Jurists had consolidated their intellectual role in the ‘production’ of law by offering solutions to cases. Already by the end of the Republic they began to understand that they had to interact with political power. In the first centuries of the Principate they were widely respected by Princeps, who behaved as a jurist giving his responsa to citizens’ letters and at the same time granted a great importance to the jurists’ role. 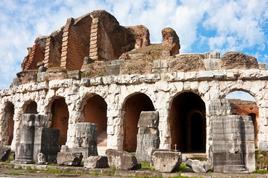 Augustus introduced the ius publice respondendi, a ‘licence’ conceded to a personally selected few. This granted them the possibility to give authorised responsa as if they were the Princeps substituting Augustus himself. Thereby these jurists had more prestige and power than ordinary jurists, thanks to which they could condition, with their opinion, the trial and create new law.
On the other hand, the Princeps bound the jurists’ thought with political power. 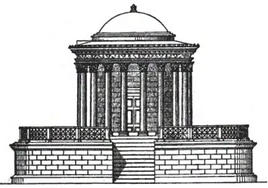 The selected few, alive or dead, could also express different opinions on the same case: this was the nature of ius controversum, that is to say; debates, discussion, etc. Unfortunately this created confusion regarding applicable law by magistrates and judges. Therefore the responsa given by ‘official’ jurists began to be considered binding only in the case of accordance. Already at the end of the first century A.D. the Emperors began to limit the concession of this privilege. 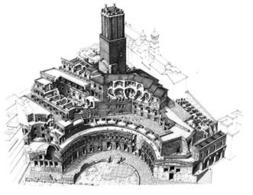 Political and intellectual power – e.g. Caesar, Pompey and also Cicero – began to feel the need to set up an order among the sources of law, which often conflicted with each other, producing uncertainty and confusion or, as Tacitus said, poor efficiency in law.

III.1 – The princeps and his staff

The Princeps more and more directed the evolution of the Roman juridical system especially through his extraordinary acts (extra ordinem), where he had more autonomy. In the meanwhile, the innovative role of the praetor in production of law finished (especially after the definitive work on his edict’s text by the jurist Julian by order of Hadrian) and disappeared too the popular assemblies’ legislative activity.

III.2 – The princeps and his staff

The jurists however, even if losing importance maintained their social prestige: they were called to become part of the Emperor’s staff (which was a stable and official body), counselling and managing; they were nominated adsessores to imperial officials or sometimes officials themselves.

Jurists were also teachers. The most important of which had disciples (auditores). It is worth mentioning the schools of Sabinians and Proculeans, opposing each other which probably descended from a rivalry between the two founding heads of the schools, Labeo and M. Ateius Capito, during the Augustan Age, the former defender of republican freedom and critical, the latter attached to power. Tradition has it that the Sabinians were perhaps more conservatory in the interpretation of law, while the Proculeans paid more attention to social mutation. Certainly we can say that we are not talking about two scientific differences, but rather fidelity towards maestros and/or one’s own families.

A teacher with three discipuli. (Image supplied by the author)

Important players in this period were: Julian, counsellor of Hadrian, who enjoyed fame through centuries up until Justinian; Sextus Pomponius (II century A.D. during Antonines’ reign) author of the famous enchiridion (i.e. a pocket handbook), which narrates the story of Rome, of its institutions and jurists. In conclusion Gaius, also from the Antonines’ epoch, notably famous for his role of maestro. His book (Institutiones) divided in 4 parts, was a very successful bestseller in Roman times, due to its particular quality of being simple and clear.