I.1 – Orality and writing

Sixty years after the pontificate of Tiberius Coruncanius, Sextus Aelius Peto Cato, a plebeian nobleman, consul in 198 B.C., censor in 194 B.C., wrote the Tripertita, a book which was considered by Pomponius (a jurist of II century A.D.) to contain the cradle of ius (cunabula iuris). Very little is known about this book, just that it was divided in three parts (the XII tables; their pontifical interpretation; a collection of formulars). What is important is that it was written to be published (as the de Usurpationibus written by Appius Claudius Caecus). 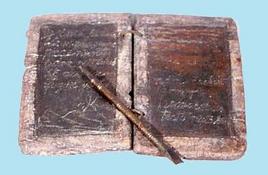 Tabulae and stylus. (Image supplied by the author)

This meant that the new legal science was born, elaborated by wise men (prudentes), who gave opinions on cases. This caste of aristocratic experts gave rise to rules of cohabitations among citizens. In this way they created a knowledge of ius which gradually separated itself from pontifical practise and consolidated itself as a science. Their responsa were almost always verbal. We are not talking about general norms, but valid for the single individual cases they examined. Due to the respect the citizens accorded to them, these opinions (responsa) were considered binding.

Roman Temple of Jupiter, Terracina. (Image supplied by the author)

The prescriptions resulting from responsa constituted the foundations of the entire Republican legal system, called ius civile (law of the citizens). It dealt with family rights; hereditary problems; estate; some illegal behaviour. In the ius civile there were still the mores maiorum; the laws of the XII Tables and of course, the laws which were voted in the popular assemblies. 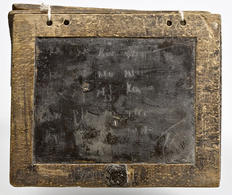 An ancient tablet. (Image supplied by the author)

These experts were not yet professional jurists: they were involved in politics; they had to have good memory to be able to formulate similarities or differences among cases and also to estimate the single ones; they applied an advanced technical attitude not only in their knowledge of law, but also as orators; above all they respected the ancient mores maiorum. 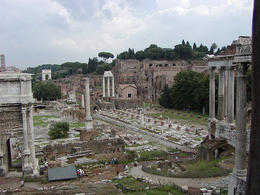 Tabularium. (Image supplied by the author)

Their activity consisted not only in answering (respondere), but also in cavere and agere, i.e. 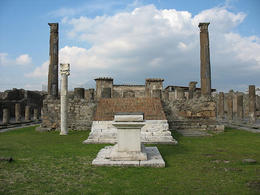 Pompeii, Temple of Apollo. (Image supplied by the author)

From IV century B.C., together with the Republic, the activity of Praetors, who dicebant ius (meaning to pronounce law in disputes) was consolidated. The Praetors adapted the rigid ritual prescription deriving from pontifical experience to the trend of the new Roman society: they announced their annual edicts, first verbal then written, where they granted all the citizens administrated justice adopting a new type of procedure, based on formulas concorded with the magistrates (agere per concepta verba). In these edicts there were principally trial regulations, but not only. They assured processual remedies to new commercial activities and in this way helped develop trade in Rome. 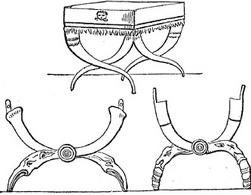 The Praetors administrated justice, but they, often through the suggestions of jurists, were able to create indirectly ius. It was however the magistrates who conceded or denied the claims and expectations of the citizens, especially when not strictly found inside the ius civile.

Between 230 and 240 B.C. a gigantic change took place: some scholars have even defined it a scientific revolution. The main points were: 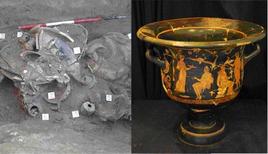 Archaeological relics from central Italy. (Image supplied by the author)

The knowledge of ius became an autonomous science. As Pomponius said, some jurists founded civil law (fundaverunt ius civile): among them was Publius Mucius, consul in 133 B.C. His son, Quintus Mucius, consul in 95 B.C., in his 18 books on ius civile, reorganised with a logical criteria civil law, according to schemes. 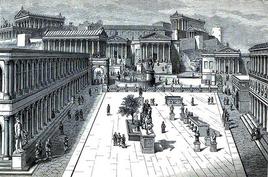 During this passage it was important for Roman jurists to be familiar with Greek culture and philosophy, above all in order to give definitions to concepts and to find rationality contained within law. In Cicero’s opinion this was compulsory, as he considered law to be the reflection of a superior natural order. In contrast to Q. Mucius and Cicero we find Servius Sulpicius Rufus, great jurist, captivating orator, maestro, Cicero’s friend, author of the first commentary of the Praetor’s edict and of a collection of responsa, who however refused systematics offered by Hellenistic encyclopaedism and paid more attention to new problematics deriving from trade and commerce. 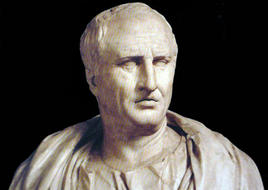 Cicero. (Image supplied by the author)