The purpose of block coding is to increase the Euclidean distance between the transmitted signals, thus improving so the performances (P(e)) for a given transmitted power at the price of a bandwidth expansion.

There are two alternatives:

Assuming that we are employing an antipodal signaling scheme.

The code word ci=(ci1,ci2,…,cin) is mapped into the sequence:

with ψ (t) a signal of duration T and energy E. 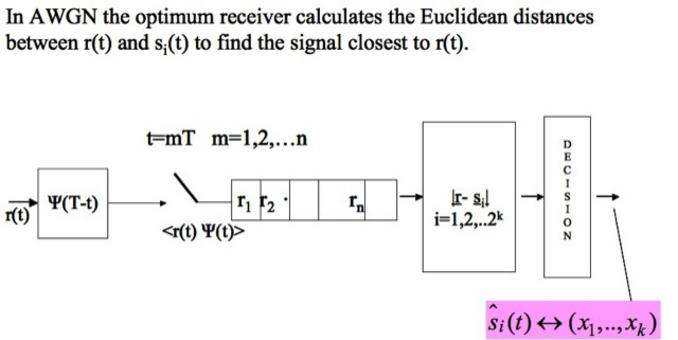 Therefore it finds the code word that is closest to it in the Hamming distance sense.

In hard-decion decoding three basic steps can be recognized:

Decoding is realized on the base of standard array that identifies the 2k decision regions.

The construction of the standard array allows us to divide the observation space, constituted by 2n vectors, into 2k decision regions.

A standard array is generated in the following way:

Each row of the standard array is called a coset and the first element of each coset is called the coset leader.

Theorem 1. All elements of the standard array are distinct.

Proof: Let us assume two elements of the array are equal.

This can happen in two cases.

1. The elements belong to the same row (coset ). In this case we have:

which is impossible because the elements belong to different columns.

Theorem 2: if y1 and y2 belong to the same coset

. We can define the syndrome as

with s (called syndrome) a (n-k) – vector that depends only on the coset leader.

Each coset can be identified uniquely by a syndrome s
Decoding strategy: 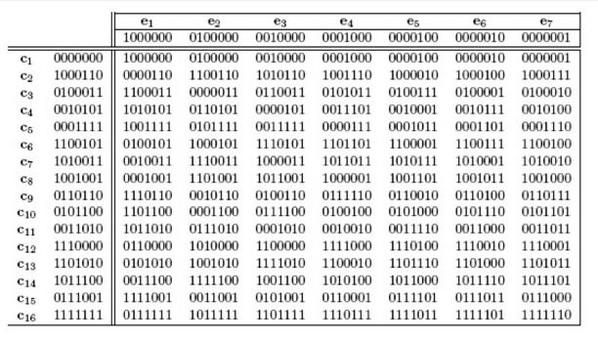 Using the Union Bound we obtain:

Using this code the error probability decreases by a factor of 12.

In this case mod.+AWGN+ demod. hard can be modeled by a BSC:

The correct decision probability can be calculated as the probability that a correctable error occurs ( see standard array).

It can be also estimated with the union baud. 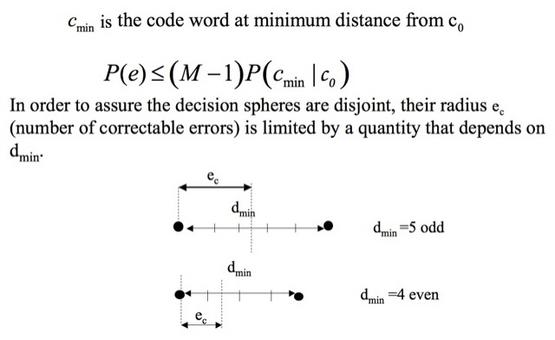 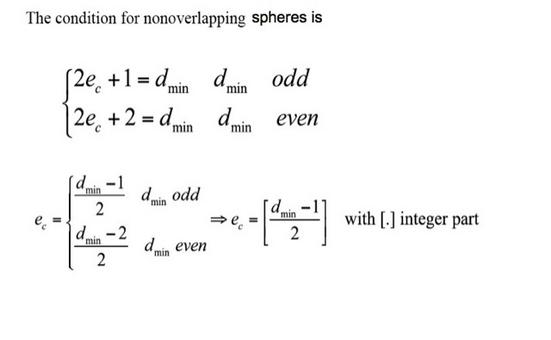 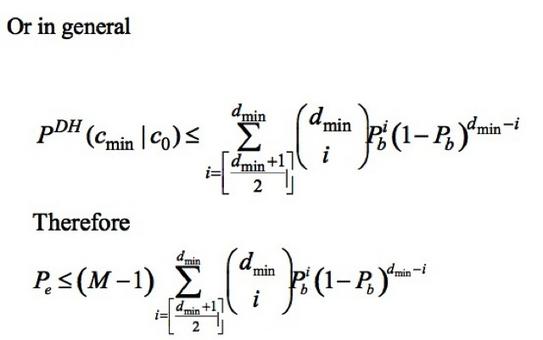 If we employ an 8-level quantizer, the performance difference with soft decision reduces to Eb/N0 < 0.1 dB.

Consider the example of the prvious example and we want to employ a hard decision decoding:

In this case the error probability decreases by a factor 2 (12 in the soft-decision case).