The I Shannon Theorem states how much is the compression limit that a code can reach without introducing distorsion (Distorsion-less Coding).
The minimum average number of binary simbols to represent an arbitrary source symbol (average length of the code words) cannot be smaller than the source entropy. 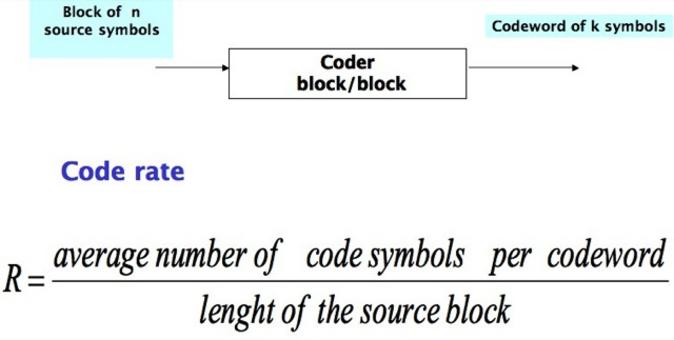 According to Large Number Law for a symbol sequence of length n enough large (n→∞) one has:

We will need only  Nτ=2nH(X) codewords, namely, if we utilize binary codes  nH(X) binary symbolsfor any
sequence of n source symbols.

The saving is larger and larger whenever H(X) is smaller and smaller than log N !!!!

What happens if the source outpot is a non-typical sequence ?
No codeword has been assigned!!!

An error occurs, namely a distorsion!!!!

For n→∞ such an event will occur with null probability
Such a coding is asymptotically ( n→∞) distortion-less. 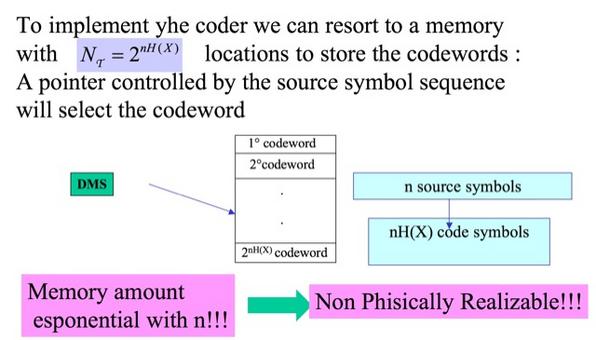 A memory-less source with rate H(X) can be coded with arbitrary small distorsion if n→∞ with Coding Rate (bits /source symbol) such that:

On the contrary if R<H(X) asymptotically null distorsion.

The I Shannon Theorem is an existence theorem: it just assures us that if we need a code with coding rate R≥H(X), it does exist.

Assumption: we know the probabilities pi of DMS symbols ai (Entropic Coding).
The Huffman code is a code block/variable length.
The codewords have different lengths : 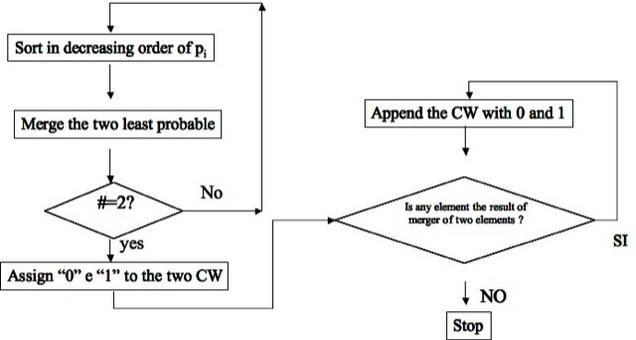 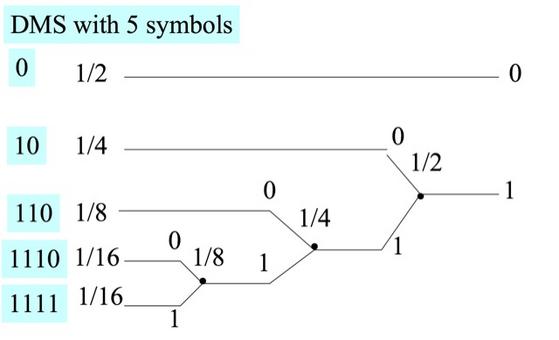 Huffman Code : an example (next) 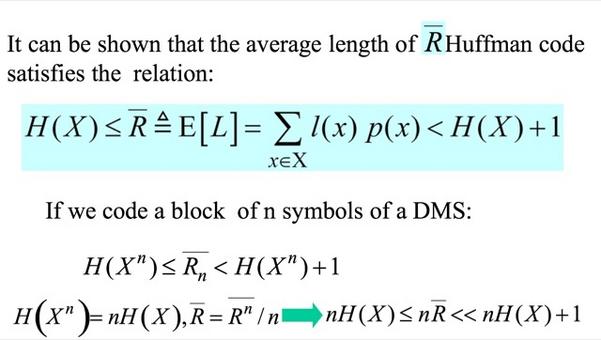 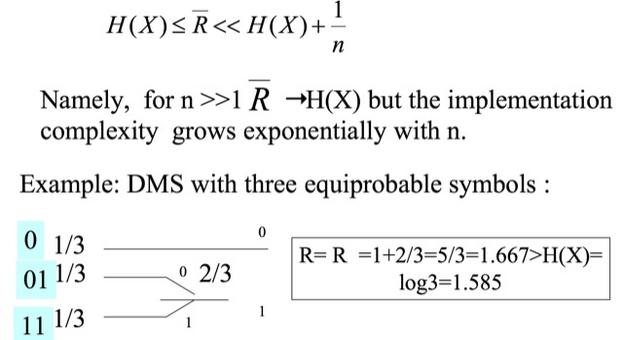 If we built a Huffman code one has that 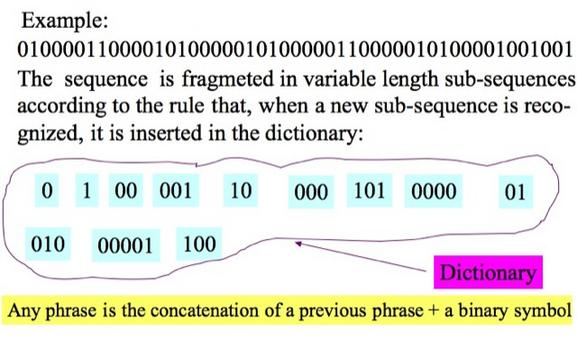 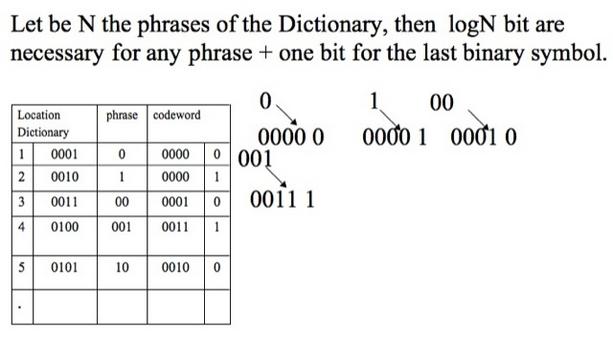 It can be shown that for a stationary and ergodig source.

It is widely utilized to compress files for computers, routine under UNIX such as ZIP, ZOO, LZH,ARJ etc.
Compression ratio: