Relies on the difficulty of determining the number of numbers relatively prime to a large integer n.

Alice translates message to letters to read HELLO.
No one else could read it, as only Alice knows her private key and that is needed for decryption. 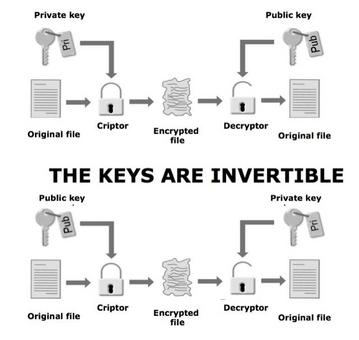 Secure E-mail and other communications 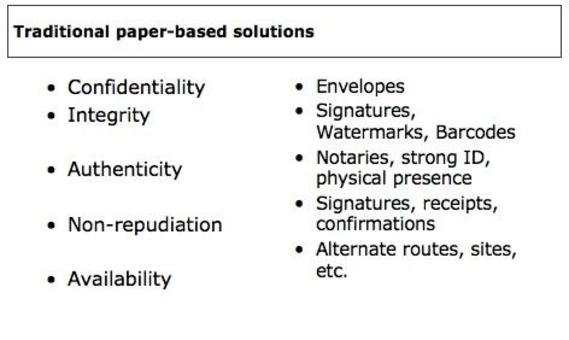 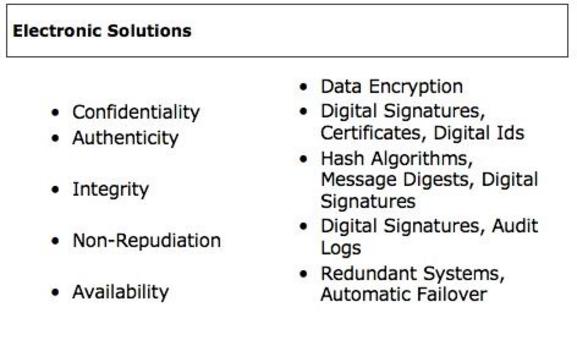 Note on integrity and secrecy

Integrity: attacker cannot tamper with message.
Encryption may not guarantee integrity!
Intuition: attacker may able to modify message under encryption without learning what it is.
Given one-time key K, be encrypt M as MK… Perfect secrecy, but can easily change M under encryption to MM’ for any M’.
“RSA encryption is intended primarily to provide confidentiality… It is not intended to provide integrity”.
Some encryption schemes provide secrecy AND integrity.

Sends out the file to users and publishes its hash in NY Times.

The goal is integrity, not secrecy.

H is a lossy compression function 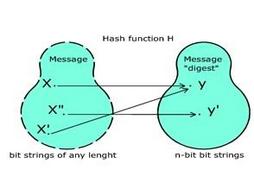 Intuition: hash should be hard to invert

Given y, it should be hard to find any x such that h(x)=y

“Electronic Signature” and “Digital Signature” do not mean the same thing.

The term ”electronic signature” means an electronic sound, symbol, or process, attached to or logically associated with a contract or other record and executed or adopted by a person with the intent to sign the record.

Both are “electronic”, but Electronic Signature, as it is defined in US law, does not involve any cryptographic technique ensuring identity, integrity, etc… 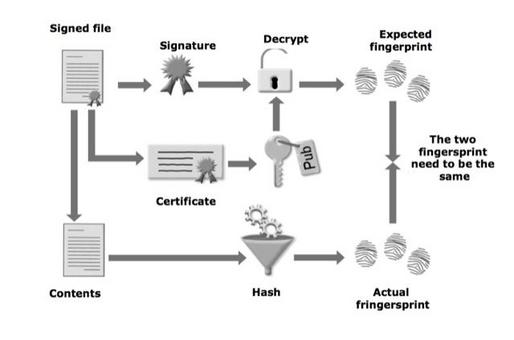