Authentication: yet another try

Can we authenticate using public key techniques?
YES + use nonce AND public key cryptography
Bob computes:
(KA+ (KA-(R)) = R
he knows only Alice
has the private

Main in the middle attack 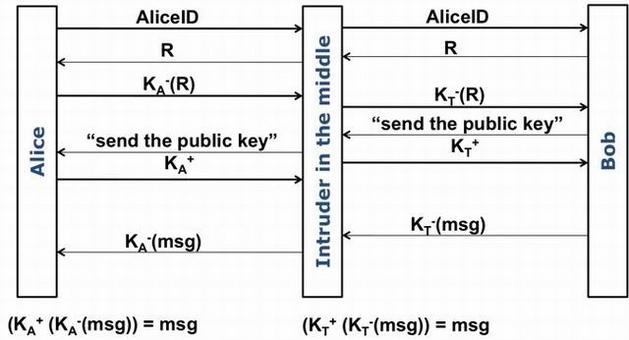 Man in the middle attack (cont’d)

Man in the middle attack: Trudy poses as Alice (to Bob) and as Bob (to Alice).

Authentication Based on a Shared Secret Key 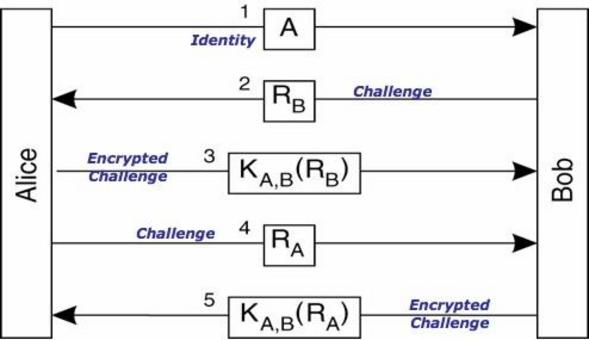 How does KDC allow Bob, Alice to determine shared symmetric secret key to communicate with each other? 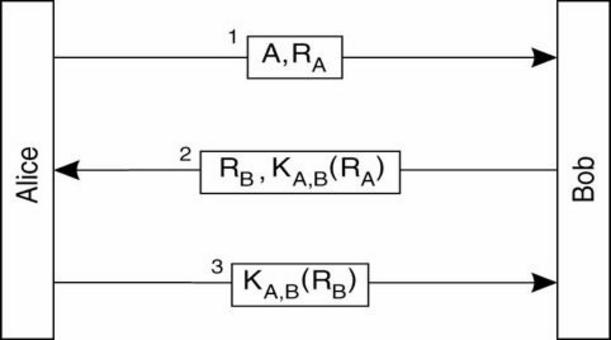 Authentication Based on a Shared Secret Key

Protection against malicious reuse of a previously generated session key in the Needham-Schroeder protocol.

Example: Setting up a secure channel in Kerberos

Kerberos at a glimpse 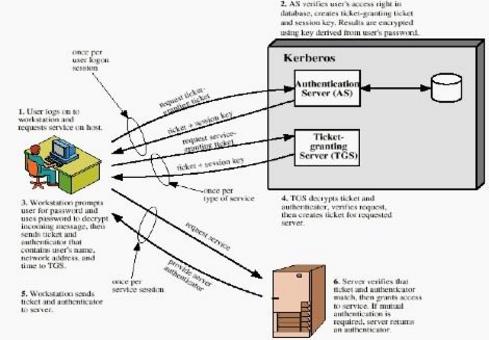 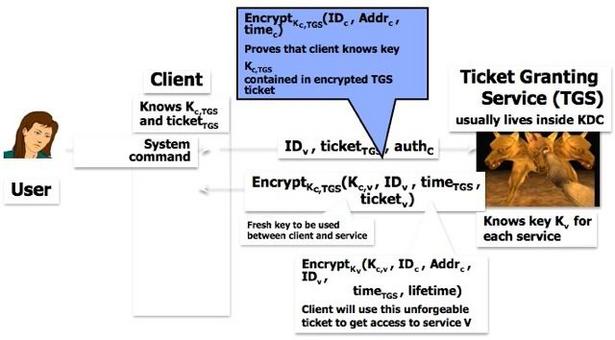 For each service request, client uses the short-term key for that service and the ticket he received from TGS.