Java is a high-level programming language

→ source code is English-like (syntax is similar to C).

Java is compiled and interpreted 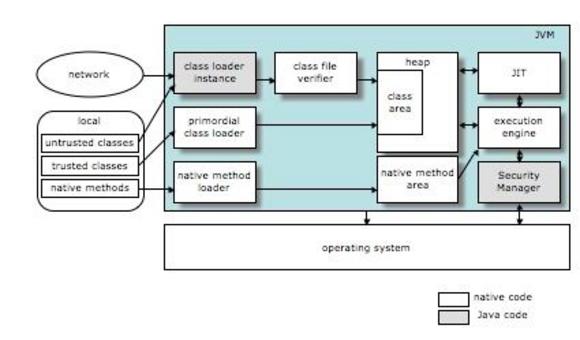 or use the policy based SM implementation provided by the JDK

all this happens after the class has been loaded and verified.

The need for Java security

Code mobility can be useful (though not indispensable):

all this may happen without you knowing about it.

Idea: limit the resources that can be accessed by applets.

The concept of trusted code

Idea: applets that originate from a trusted source could be trusted

Idea: every code (remote or local) has access to the system resources based on what is defined in a policy file 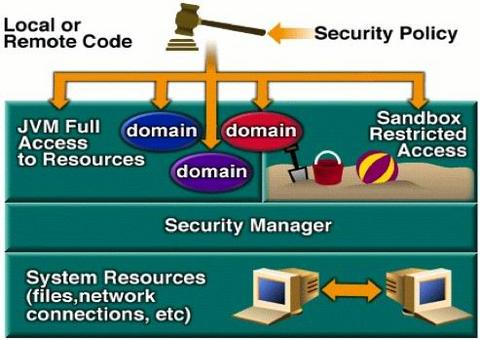 Java 2: Each Class Has A ProtectionDomain

The three pillars of Java security

Ensures that the permissions specified in the policy file are not overridden.
Implements a checkPermission() method, which:

the JVM allows only one SM to be active at a time
there is a default SM provided by the JDK
Java programs (applications, applets, beans, …) can replace the default SM by their own SM only if they have permission to do so

invoking the SecurityManager constructor or the setSecurityManager() method will call the checkPermissions() method of the current SM and verify if the caller has the necessary permissions.

→ classes from different Web sites cannot access each other.

establish the protection domain (set of permissions) for a loaded class;
enforce a search order that prevents trusted system classes from being replaced by classes from less trusted sources
… see next two slide …

When a class is referenced

no:  does the program have permission to create the requested class? 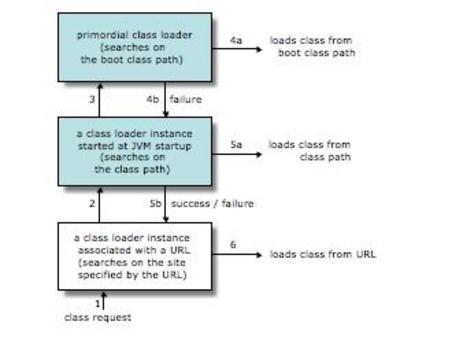