Choice of a digital modulation

Often conflicting requirements, tradeoffs are needed (depending on the application).

The ability of a modulation technique to preserve the fidelity of the digital message at low power level.
The amount of signal power required to obtain a certain level of fidelity (i.e., an acceptable BER) depends on the particular type of modulation.

Power efficiency can be measured by the minimum energy contrast γb required for a certain BER (e.g., BER=10-3).

The ability of a modulation scheme to accommodate data within a limited bandwidth:

Evaluated in bps/Hz, it measures how many bps can be transmitted in 1 Hz of bandwidth.

A modulation scheme with M waveforms is:

Binary modulations (M=2) are the simplest to analyze.

Binary Amplitude Shift Keying (M=2) → the amplitude of the carrier signal is varied to represent binary 1 or 0.

Binary Phase Shift Keying (M=2) → the phase of the carrier signal is varied to represent binary 1 or 0.

To demodulate BPSK accurate knowledge at the receiver of the carrier phase is required → coherent demodulation.

In many cases it is difficult/expensive to obtain a precise phase reference → one resorts to differential modulation/demodulationtechniques (differential BPSK=DBPSK):

Binary Frequency Shift Keying (M=2) → the frequency of the carrier signal is varied to represent binary 1 or 0. 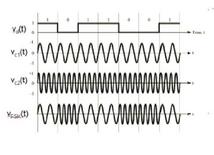 The bandwidth efficiency is:

When the channel is AWGN (Gaussian noise) the performance of binary modulation techniques can be easily derived: see the table.

Since Q(.) is an exponentially decreasing function, the power efficiency of BPSK/BASK (bipolar) is 3dB better (a factor of 2) with respect to BFSK/BASK (unipolar). 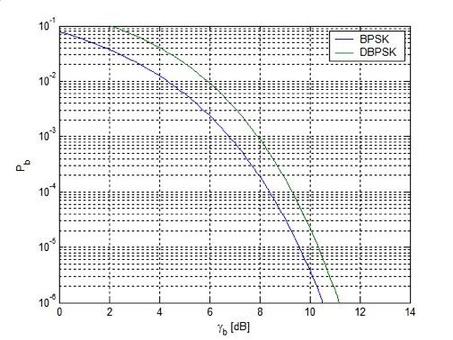 In Rayleigh fading the performance can be obtained by averaging the AWGN results with respect to fading statistics: see the table.

BPSK/BASK (bipolar) has still a 3dB advantage over BFSK/BASK(unipolar) and DBPSK. 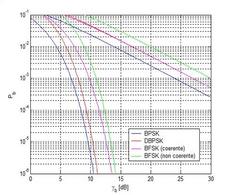 Evaluate the energy contrast γb needed at the receiver to assure BER = 10-3 for BPSK modulation:

(a) over an AWGN channel

(b) over a Rayleigh fading channel

In the previous examples the modulation employed rectangular waveforms:

A drawback of rectangular waveforms is the high level of out-of-band radiation:

By appropriately shaping the pulse waveform the sidelobes are reduced → better spectral properties. 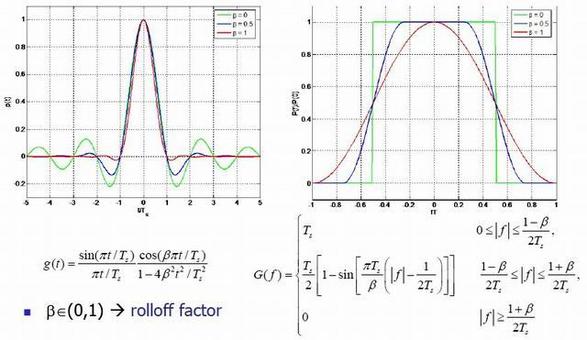 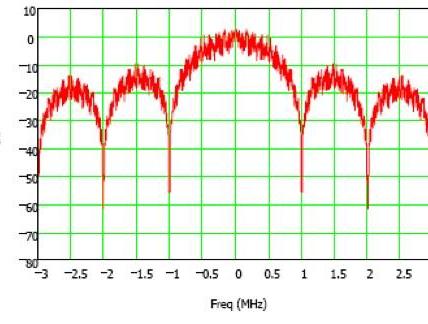 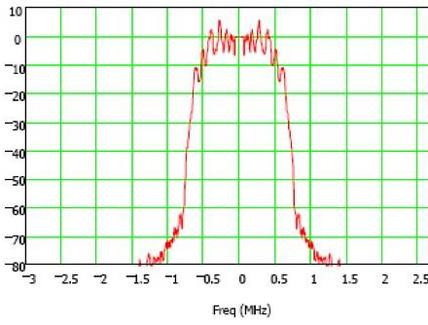 The considered binary modulations are all approximately equivalent in terms of spectral efficiency (1 bps/Hz).

In terms of performance, BPSK/ BASK (bipolar) exhibits the best performance both in AWGN and Rayleigh fading channel.

However, in terms of receiver complexity, DBPSK and BFSK are preferable.

Due to their low spectral efficiency, binary modulation are used only in low-rate applications → M-ary modulations with M>2 are needed to implement high-speed modems. 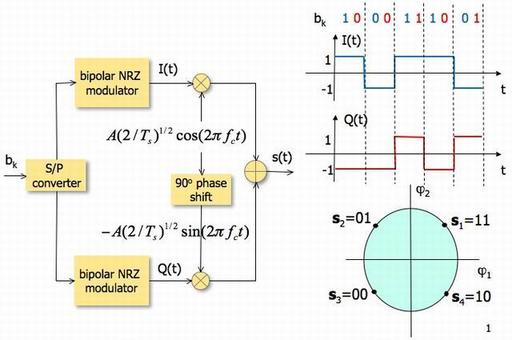 Since the bandwidth of QPSK is well approximated by B ≈ 1/Ts = 0.5*1/Tb, the spectral efficiency is doubled:

QPSK modulation has a constant envelope.

Offset QPSK solve this problem by delaying the Q-channel of a half-symbol period in order to constrain the maximum phase shift to π/2 radians. 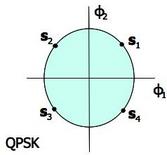 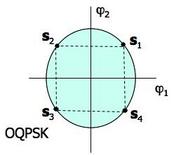 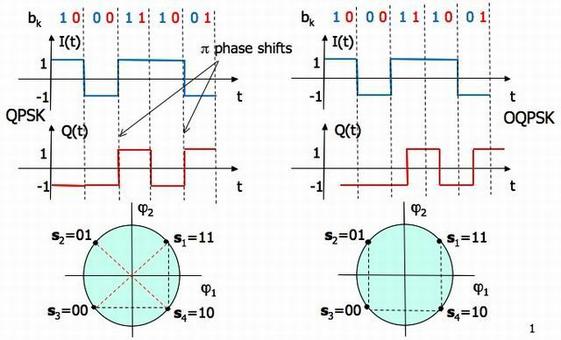 Uses two different QPSK signal constellation shifted by π/4 and moves from one to the other in every symbol interval:

The spectrum of MSK is significantly better than BPSK/ QPSK/OQPSK but still too large to satisfy typical bandwidth requirements of wireless communications. 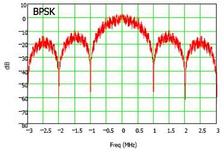 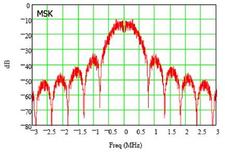 Employed in GSM and DECT. 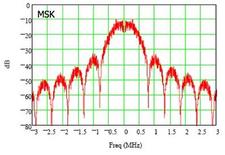 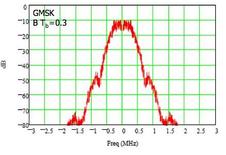 In M-PSK the constellation points are equispaced on a circle.

In M-QAM the constellation points are spaced on a square “lattice”. 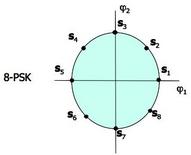 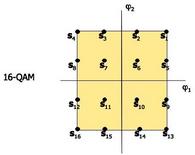 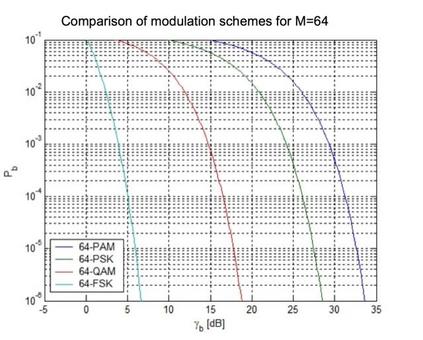 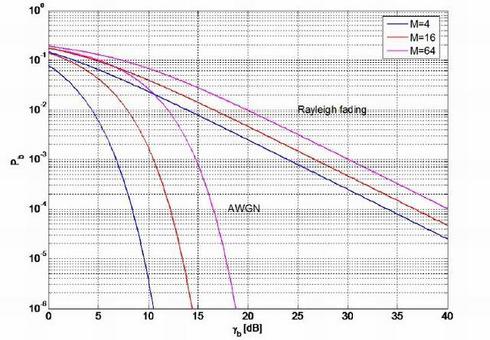 Note: only M-QAM performances are reported, those of M-PSK are slightly worse 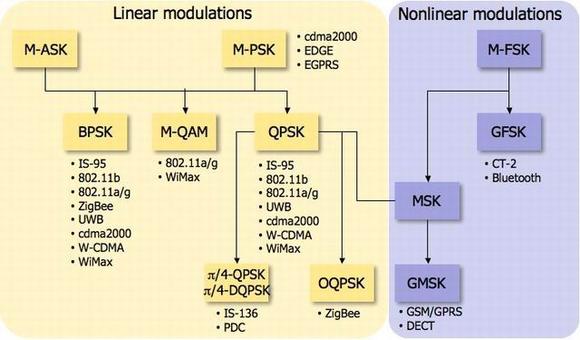