True when time difference between components (delay spread) exceeds the reciprocal bandwidth of the signal u(t).

Fourier transform of c(τ,t) with respect to t

Describes the time variability of the channel (hence the Doppler effect) for each fixed value of τ (each path).

Since the channel is random, the deterministic scattering function is not always adequate → it is required to characterize c(τ,t) as a 2-D random process.

Statistical characterization of the channel

Under CLT, c(τ,t) is a 2-D Gaussian process -> need only to characterize mean (zero) and correlation.

Recall that τ is related to the “path”, hence can be interpreted as a spatial variable, whereas t is a temporal variable.

Compared to traditional random processes, additional complications arise due to the fact that there are two variables (t and τ).

This problem was studied for the first time by Paul Bello (1963) (see references).

Start from the definition of the space-time autocorrelation function:

Uncorrelated scattering (US) assume that scattering associated to path τ1 is uncorrelated (i.e., independent due to the Gaussian assumption) with that of any other path τ1 ≠ τ2:

Under WSS + US (WSSUS) assumptions:

For a fixed path τ of the multipath channel, the function Ac(τ, Δt) measures the correlation existing between two values of the channel impulse response temporally spaced by Δt.
Can be characterized also in the frequency domain -> statistical scattering function.

Fourier transform of Ac(τ, Δt) with respect to the second variable ->

For each path τ of the multipath channel, Sc(τ, ρ) describes the power distribution as a function of the Doppler frequency ρ.

For Δt = 0, the function Ac(τ)= Ac(τ, Δt=0) indicates how the power is distributed over the different paths (power delay profile or multipath intensity profile):

Since Ac(τ) ≥ 0, the power delay profile can be interpreted as the pdf of the delay spread Tm:

Mean and standard deviation of Tm represent the average delay spread and the RMS delay spread. 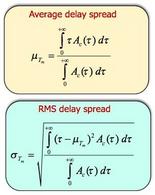 An equivalent channel characterization can be given in the frequency domain, by evaluating the Fourier transform of c(τ,t) with respect to τ (frequency response):

Under the WSS assumption, similarly to c(τ,t), also C(f,t) is a Gaussian zero-mean random process, stationary in t, which is completely characterized by its time-frequency autocorrelation function:

Under the WSSUS assumption, the time-frequency autocorrelation depends on Δf=f2-f1 (stationarity in frequency) and one has:

The frequency value Bc for which AC(Δf) ≈ 0 is called coherence bandwidth:

Due to Fourier relationship between AC(Δf) and Ac(τ), the coherence bandwidth is inversely proportional to delay spread:

If the TX signal has bandwidth Bu, then:

By evaluating the Fourier transform of AC(Δf, Δt) with respect to Δt, the correlation between the channel components spaced by Δf is expressed as a function of the Doppler shift (Doppler frequency spectrum):

The time value Tc for which AC(Δt) ≈ 0 is called coherence time:

The coherence time measures the speed of variationof the channel in the time domain:

The spectral width BD of SC(ρ) is called Doppler spread or Doppler bandwidth.

Due to the Fourier transform relationship between AC(Δt) and SC(ρ), the Doppler spread BD is inversely proportional to coherence time Tc. 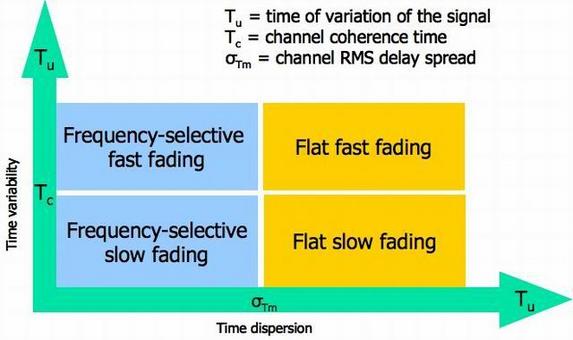 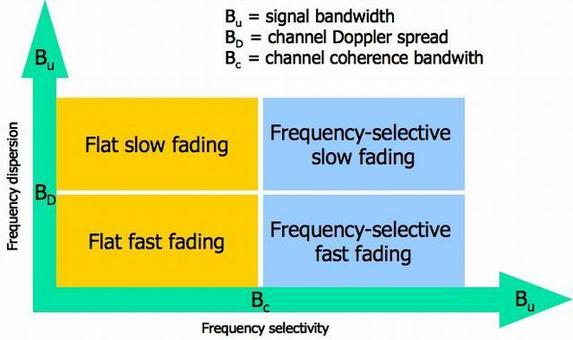 Relations with the scattering function

To complete the mathematical framework, note that the statistical scattering function Sc(τ,ρ) is the 2-D Fourier transform of the time-frequency autocorrelation AC(Δf; Δt):

The many functions introduced for channel characterization and their relationships are pictorially represented in the following slide.

The WSSUS model at one glance 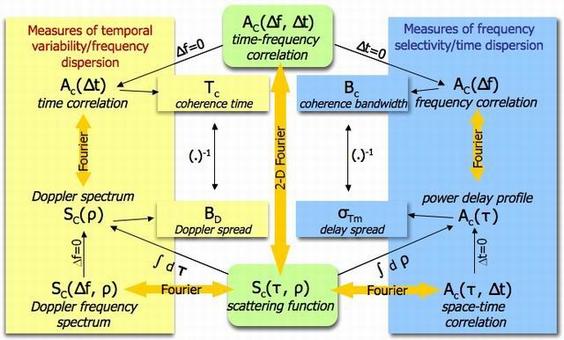 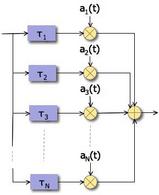 The characteristic functions of the WSSUS model for the tapped-delay channel can be calculated with fairly simple math: 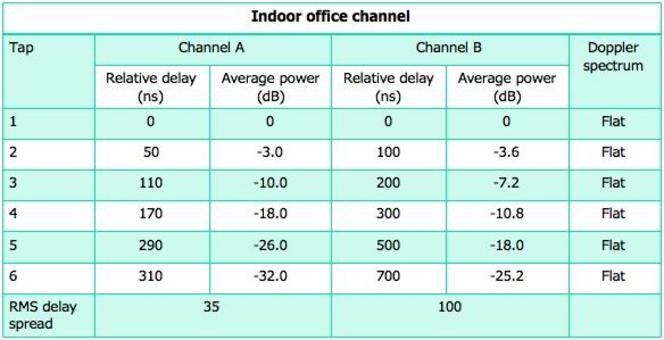 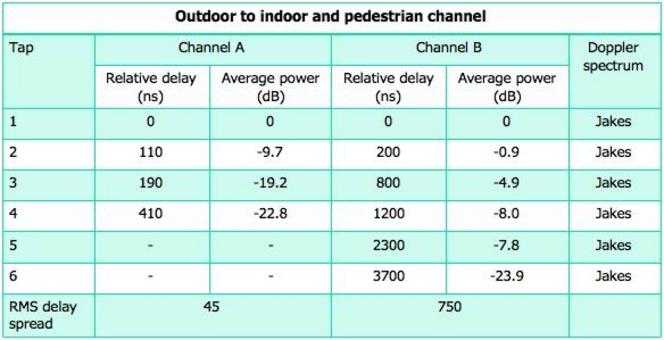 Outdoor to indoor and pedestrian channel 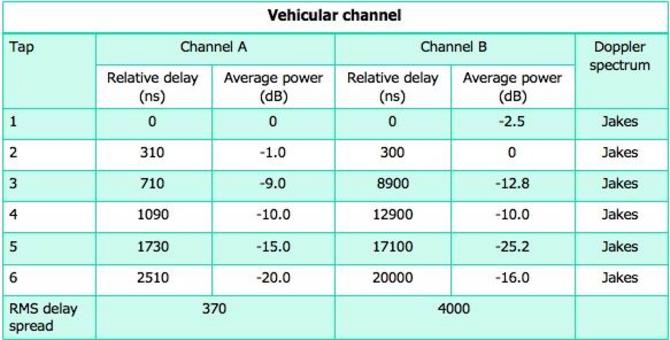 ITU-R Recommendation M.1225, “Guidelines for the evaluation of radio transmission technologies for IMT-2000”, 1997