When to carry out a muscle biopsy

Biopsy is generally indicated in the following cases:

A biopsy is not indicated, on the other hand, where the disease is better diagnosed through an electromyogram (EMG) like Myasthenia gravis or Myotonia.
You should wait 1 month after an attack of Rhabdomyolysis. 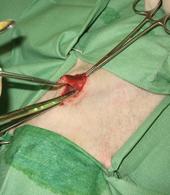 Example of an open biopsy 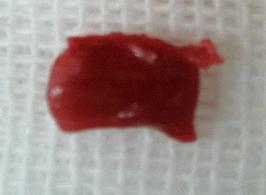 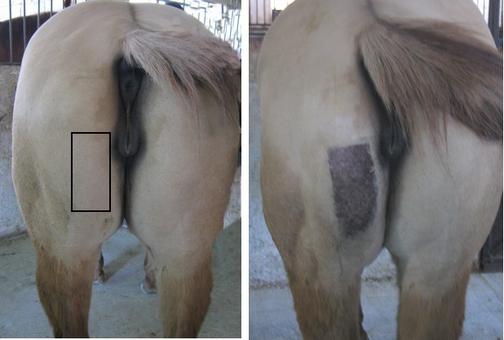 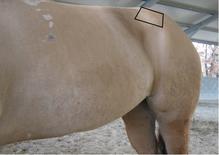 Gluteus: site for performing biopsy in suspected cases of immune mediated inflammatory myopathy or with atrophy of gluts

There are two basic procedures for carrying out a muscle biopsy: the surgical technique known as “open” and the technique using a percutaneous needle, also called punch.

The surgical method with incision into the cutaneous, subcutaneous and fascia layers is preferable to taking a sample using a transcutaneous punch because it allows for a sample which is the right size and direction. 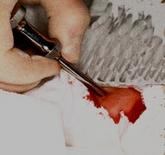 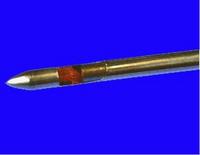 The direction of the muscle fibres in the sample is fundamental as it allows for the correct positioning of the sample during freezing and means that excellent transverse sections can be taken for histomorphological assessment of the muscle tissue.

The biopsy must be performed at the level of the muscle body, avoiding tendon insertion points and aponeuroses where the histology may be different.

Example of "open" biopsy on semitendinosus muscle of a horse

Example of "open" biopsy. The sample is then placed on normal saline-soaked gauze 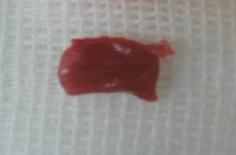 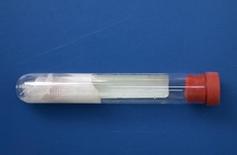 The sample needs to be sent to the laboratory with an ice-pack and carefully labelled indicating clinical signs and history.

As an alternative to the containers shown in fig. 1, an ice-pack can be used which is pre-cooled in a freezer and then put in a bag for the transport of biological samples next to the muscle biopsy. 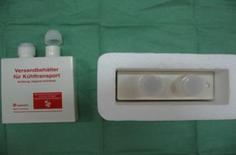 Fig.1 Containers for the test tubes with the muscle biopsies in them. These containers can be pre-refrigerated in a freezer and then used to transport the biopsies for long periods ( max. 48 hours) 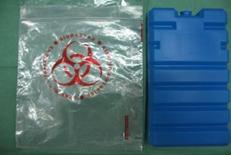 Before collecting the sample, the staff who are going to process the sample at the laboratory should be consulted to make sure what is the best way to collect the sample and to transport it. 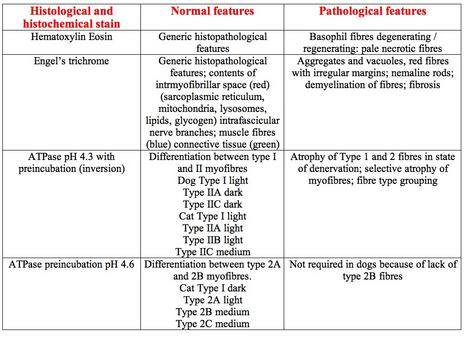 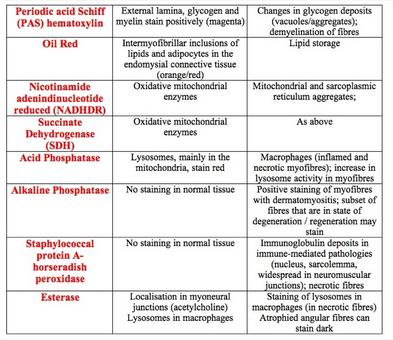 Assessment of Muscle Biopsy: what are variations from normal?