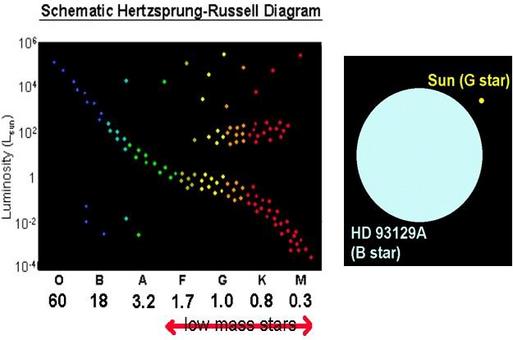 Schematic representation of the Herzprung Russel diagram with the Sun compared to a young and bright B star.

Stars form with an initial mass distribution represented by the Initial Mass Function or IMF.

The most common parametrization of the IMF is the Sapeter IMF, which has a powe-law slope.

Thus most of the stars in the Galaxy are low-mass stars, with few giants. 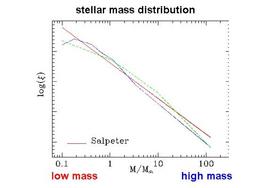 This relationship is linear for slowly rotating stars (at normal velocities for stars on the main sequence).

X-ray activity is also related to age: this evidence can be explained if the loss of angular momentum is due to mass loss over the life of the star. 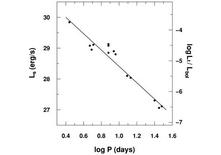 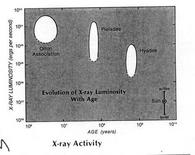 Comparison of X-ray luminosity of star clusters of different ages: the luminosity decreases with time

The X-ray behaviour of ultrafast rotating stars is peculiar with respect to the trends observed in low-mass stars: 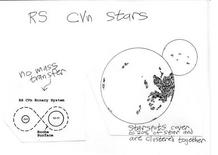 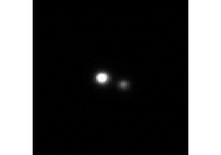 Image of a visual bynary sistem. 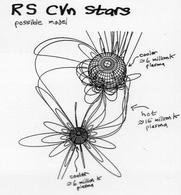 The schematic representation of connected magnetic fields in a RS CVn system, where the X-ray plasma can be trapped between the two stars.

Young stars are known to have copious X-ray activity, well in excess of the one predicted from the dynamo model which explains main sequence stars. 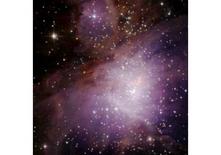 The star forming region in the Orion nebula. Optical image. Courtesy of NASA 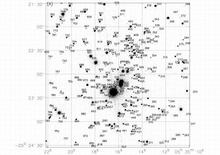 This is in direct contrast to the trend in main-sequence stars, and contradicts the commonly-held perception that high X-ray emission in young stars is a result of faster rotational velocities. 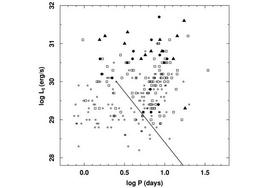 Correlation with presence of a disk in PMS stars 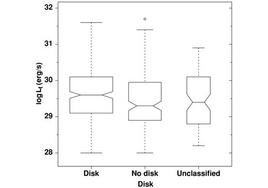 X-ray luminosity vs presence of a disk in pre-main –sequence stars.

There is a correlation between bolometric and luminosity and X-ray luminosity, but this is likely due to the larger surface area of stars with greater bolometric luminosity. 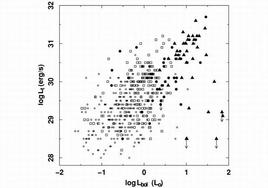 Feigelson et al. 2003. “X-rays in the Orion Nebula cluster: constraints on the origins of magnetic activity in pre-main-sequence stars.”