The brightest object of the solar system in X-rays is the Sun, but other bodies shine as well:
The Moon: reflected solar X-rays/fluorescence from solar wind and cosmic rays (700W=7×109 erg/s)
Chandra’s observations of the Moon solved a decade-long mystery about X-rays detected by ROSAT that were thought to be coming from the dark portion of the Moon. It turns out that these X-rays only appear to come from the Moon and can be explained by radiation from Earth’s geocorona. 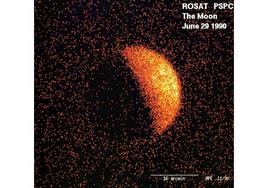 ROSAT X-ray image of the Moon. The bright side points toward the sun and its emission is due to reflected X-rays / fluorescent emission. Note the emission coming from the dark side as well as the background due to the cumulative emission of faint AGNs. Courtesy of NASA.

Other X-ray emitting bodies in the solar system:

A short review of the main X-ray emitters in the solar system can be found in: X-ray Studies of Planetary Systems: An Astro2010 Decadal Survey White Paper and SOFT X-RAY EMISSIONS FROM PLANETS, MOONS, AND COMETS (see attached material).

X-ray emission from the Sun

The brightest X-ray source in the Solar system is the SUN.

The Sun in X-rays (Yohkoh SXT) 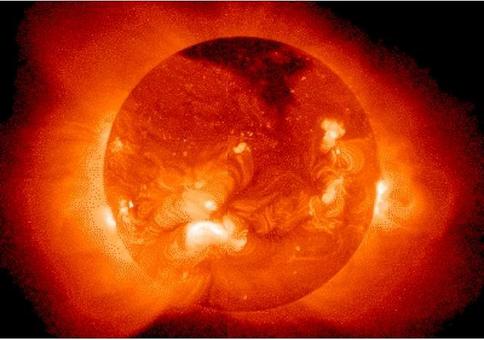 The solar corona imaged by the Yohokoh X-ray satellite. Courtesy of NASA.

The turbulence in the upper layer of the star creates magnetic loops trapped inside the sun’s plasma, whose energy can heat the corona to temperatures that allow it to emit X-rays.

This is a solar coronal loop imaged by the TRACE satellite. 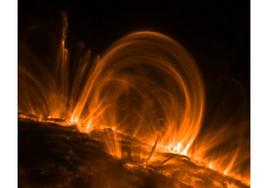 Image of a loop in the solar corona, imaged by the TRACE satellite. Courtesy of NASA.

Coronal X-rays from the Sun

The Sun has a surface temperature of only 5800 K – nowhere near the 106 K needed to generate X-rays. 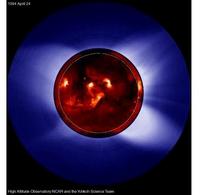 Activity on the Sun is variable 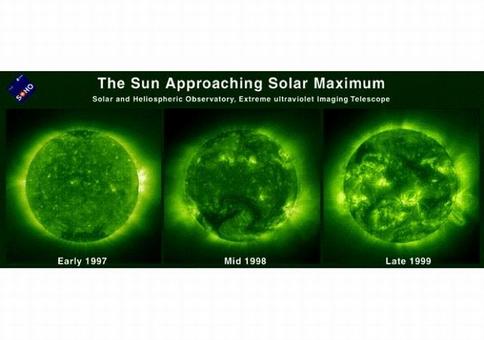 The solar corona at different stages of the solar cycle, as seen from the SOHO satellite. Courtesy of NASA.

Features of the solar corona as seen in a magnetogram and in the extreme ultraviolet. Courtesy of NASA.

SOHO imaging of the sun 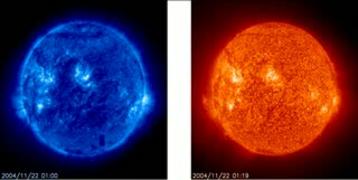 A movie of the stellar corona in UV and X-rays from SOHO. Courtesy of NASA.

The basic model explaining the X-ray emission from the stellar corona, as well as its variability and close connection with the solar cycle, is the so called “dynamo model”.

In this model differential rotation (faster at the equator) in the sun, combined with internal shear at the interface between radiative and convective layers, generate magnetic field lines and cause them to become wrapped and tangled around its surface.

The rotational energy of the Sun (as in all low-mass stars, see next lecture) is trapped in its magnetic field and released in the form of UV and X-ray emission. 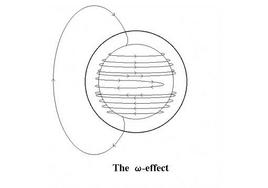 Magnetic field lines are wrapped due to the differential rotation of the star. (illustration: NASA/MSFC Solar physics lab).