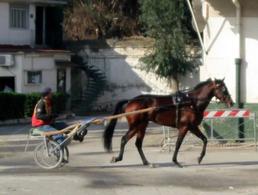 Typical stiff gait in a horse affected by tying up

Serum concentration levels of CK and AST are often markedly increased. Signs can appear during or after exercise. In more seriously-affected horses, the symptoms can appear even with minimal exercise, like walking out their stall. The illness is frequently associated with a diet rich in cereals, and with lack of regular physical exercise.

There is some evidence to suggest that recurrent exertional rhabdomyolysis in thoroughbreds is due to abnormal calcium homeostasis in the muscle. 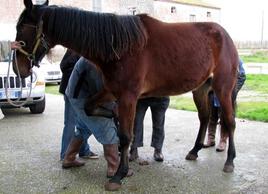 Histologically, localized or diffuse necrosis of the muscle fibres can be seen, followed by macrophage infiltration and regeneration. Type II fibres are those most seriously affected. 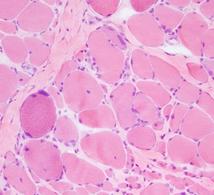 Diagnosis is based on specific clinical signs and on clinicopathological tests that demonstrate the presence of muscle lesions. Treatment of an acute episode involves administering non-steroidal drugs, acepromazine and rest.
Because of the myoglobin released by the damaged muscle it is important to check renal function carefully in case of myoglobinuric pigmentary nephrosis. 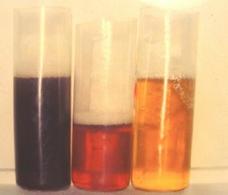 Long-term treatment and prevention revolve around correcting any electrolyte, mineral or vitamin deficiencies and, above all, a change of diet, which needs to be high in fats and fibre and low in starch and sugars, as in horses with polysaccharide myopathy. Thoroughbreds with recurrent rhabdomyolysis, probably due to underlying calcium anomalies, respond well to this kind of diet.

Generalized or localized muscle dysfunction can be caused by diseases affecting the motor neurones or peripheral nerves.

Damage to motor nerves leads to localized muscle atrophy and dysfunction of the fibres innervated by those nerves.
In heavy draft horses, the nerves can be compressed by an ill-fitting harness.
In horses where very little tack is used, trauma is the most likely cause. 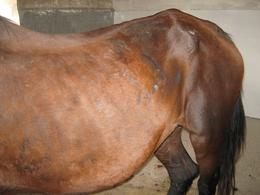 This is a well-documented condition in horses whereby recurrent degenerative lesions in the left laryngeal nerve leads to denervation atrophy of the laryngeal muscle and laryngeal dysfunction.

Horses with this condition often make a peculiar noise when breathing during exercise which is why it is sometimes called roaring.

There are many possible causes of recurrent damage to the left laryngeal nerve, including the spread of infection from the guttural pockets or tumours in that area, lead poisoning or direct trauma.

Many cases, however, are considered idiopathic.

Since this condition only presents in tall horses with long necks and virtually never in ponies, it would seem to suggest that whatever the cause of the damage, long nerves are much more vulnerable.

Damage to a motor neurone in the brain stem or in the ventral horn of the spinal cord will cause degeneration of the peripheral nerves.
In horses, protozoanmyeloencephalitis due to Sarcocystis neurona is a common cause of unilateral denervation atrophy, usually of the facial or gluteal muscle.

Motor neurone disease in horses is due to a prolonged and serious vitamin E deficiency which leads to degeneration of the motor neurones.

Horses which are seriously affected are in decubitus and can die. In some cases, high doses of vitamin E supplement (10.000 IU or more daily) can halt progression of the disease and recoup the muscle mass.

With this disease, reinnervation seems almost entirely absent and the horse will be disabled for life.