I.1 – The original proposal

The Gregorianus and the Hermogenianus codices didn’t resolve the uncertainty of law and the crisis of justice; was a complaint made by many late-antiquity historians. 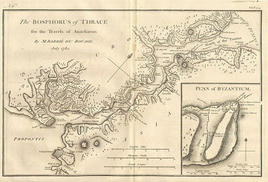 I.2 – The original proposal

Once again the solution arrived from the Orient. In 429 A.D. Theodosius II, a very religious man and book lover, began a tormented ten-year long project. He nominated a committee of experts to put together two different collections:

I.3 – The original proposal

Theodosius’ ambitious aim was to create a code without ambiguity nor error: a sort of life-style code, explaining what the citizens could and couldn’t do (magisterium vitae). However this project for unknown reasons was never accomplished: probably for the most obvious reason that gathering texts from different sources proved to be very difficult.

Coins for the foundation of Constantinople. (Image supplied by the author)

II.1 – The code which was realised

In 435 A.D. Theodosius announced a new, more simple project: the committee had to prepare a codex, containing only imperial general laws (leges generales) from Constantine onwards. The two private codes referred to the laws up to the Constantine period. The iura were excluded.
The Codex Theodosianus came into act in January 439 A.D. and was sent to the Western part of the Empire to be published.
From that moment it became the principle source of juridical order.

Included in the Theodosian Code is the so called “Law of citations”, which is part of a bigger law on law sources, passed in the Western Empire in 426 A.D.. 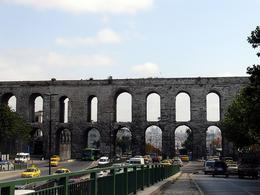 Aquaeductus by Emperor Valens. (Image supplied by the author)

It tried to resolve the confusion brought about by conflicting jurists’ opinions, which were quoted in court, not necessarily from the original source, but in later commented and glossed editions.
It formed a mechanical criterion to select the jurist’s opinion most adapt among the five following: Ulpianus, Gaius, Paulus, Papinianus, and Modestinus (the only one who wrote in Greek). If their opinion contrasted with one another, the majority reigned supreme; in the case of a draw, Papinan’s opinion was considered the most reliable.
Only when a loophole appeared, the judge could choose the sentence he considered most suitable.
And only if one of the ‘five’ cited another jurist, could that jurist’s opinion be taken into consideration.

For its mathematical miscalculation the ‘law of citations’ had been debated and criticised for a long time, until recently, when scholars began to give it new credit in trying to resolve problems of uncertainty in law with the rising of conflicting opinions.

Constantine and Helen from Athens’ Museum. (Image supplied by the author)

The Theodosian code is divided by titles into 16 books; each book follow a precise chronological order. In particular it deals with public, religious, and ecclesiastic law, which today has been given, after many centuries of bad reputation especially in comparison with the successive Justinian code, a much more positive consideration for its modernity. 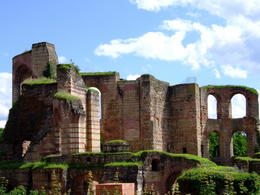 The Theodosian code was partially included (together with the Gregorianus and Hermogenianus Codes with passages from Gaius and Paulus) in the Roman-Visigoth law (lex Romana-Wisigothorum), passed by Alaric II in 506 A.D. for the Roman population in the Barbarian kingdom of Visigoths (modern-day Spain and Southern France).
It is thanks to this inclusion that today we still find traces of the Theodosian code, influencing the whole of Western Europe during the early Middle Ages, where it continued to be applied in territories not dominated by the Byzantine Empire.